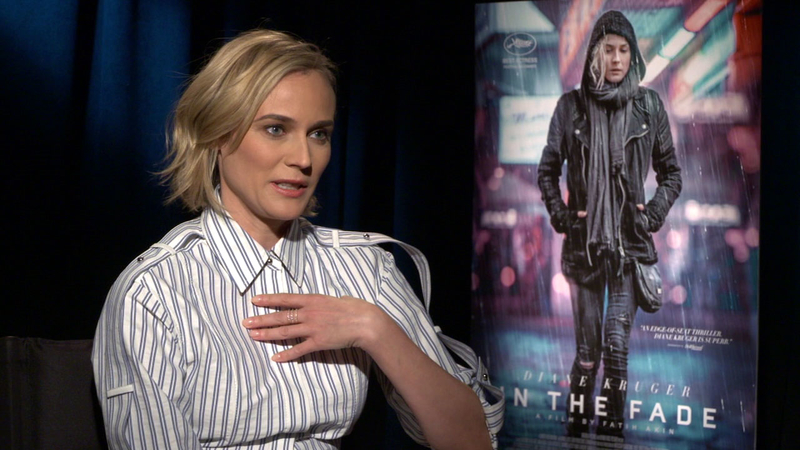 Diane Kruger stars in new thriller 'In the Fade'

LOS ANGELES (KABC) -- In the new thriller, "In the Fade," actress Diane Kruger plays a woman who learns her husband and her little boy have both been killed in a bombing.

When the German court system fails to convict the neo-Nazis responsible for the act, she decides to take matters into her own hands.

Kruger sees her character as a very modern, strong woman.

"She's a mother above all, and I think women are strong," said Kruger. "And when someone touches your family, I think they become warriors."

"In the Fade" is a German movie, with English subtitles.

Her performance won Kruger the best actress prize at the Cannes Film Festival this year.

Now, the movie is on the short list of nominees for the Oscar in the "best foreign language film" category.

Kruger was born in Germany so the film allowed her to return to her first language.

"When I'm here, people always tell me 'you're so German,' and I feel German, but when I'm there, I don't feel all that German anymore. And that was a real pleasure to feel like it was coming back," said Kruger.

The actress said she needed to take a little time out after making this movie due to its intense and violent subject matter.

"This kind of terrorism, no matter what motivates it, whether it's religion or political views, it seems to me is popping up all over the world," said Kruger. "In this case, it's the neo-Nazis, but it could have been a crazy shooter in Vegas."