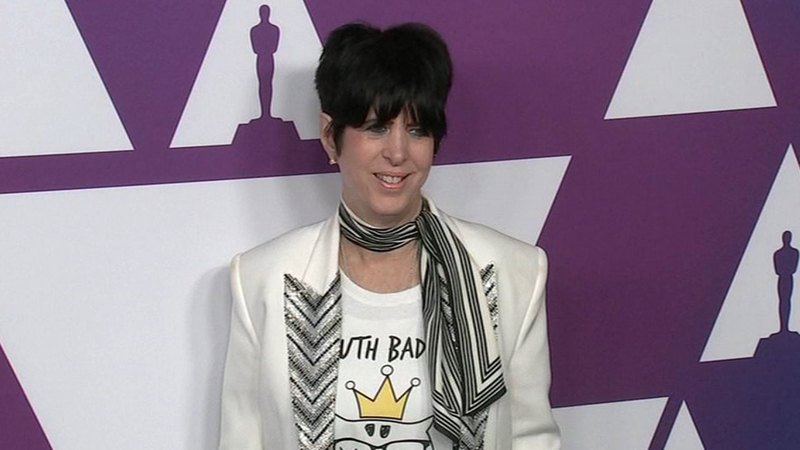 LOS ANGELES -- Songwriter Diane Warren has an Emmy and a Golden Globe.

But that Oscar still eludes her. On Oscar Sunday, she'll be inside the Dolby Theatre for the 10th time waiting to hear if her name is finally inside that envelope.

"Yeah, it's the 10th time," said Warren. "I've yet to win and it's probably going to happen that way again."
Warren would love to finally take home some Oscar gold; this time for the song, "I'll Fight" featured in "RBG," the documentary about Supreme Court Justice Ruth Bader Ginsburg. However, she already feels pretty good about what's happened so far.

"Think of all the songs that come out every year for the movies. I think there were over 90 of them this year," said Warren. "They pick five and one of them is my song. So anything that happens after that, happens."

Warren's first Oscar nomination came in 1988 for the movie, "Mannequin" and the song "Nothing's Going to Stop Us Now."

She paired up with Common, earning a nomination for the song, "Stand Up For Something" from "Marshall," and another nod with Lady Gaga for "Til It Happens to You" from "The Hunting Ground." This year, Gaga is also vying for the Original Song prize for "Shallow" from "A Star Is Born."

Anthony Rossomando and Mark Ronson are also part of Lady Gaga's team.
"She wants you to carry away the message of some kind of like, she likes to heal with music," said Ronson.

"If it opens people up to a conversation that can link them in a deeper way, then that's a magic thing," said Rossomando.

On Oscar Sunday, magic could also strike the talented people behind "All the Stars" from "Black Panther," "When a Cowboy Trades His Spurs for Wings" from "The Ballad of Buster Scruggs," or "The Place Where Lost Things Go" from "Mary Poppins Returns."

When Diane Warren "returns" to the Oscars, it will be with a lifetime of work behind her.

"I'm from Van Nuys and my dad put a shed in the back of the house so my parents didn't have to hear me working on my songs over and over," laughed Warren. "So I do the same thing. I sit in my room and I work on my music and try to make every song great."