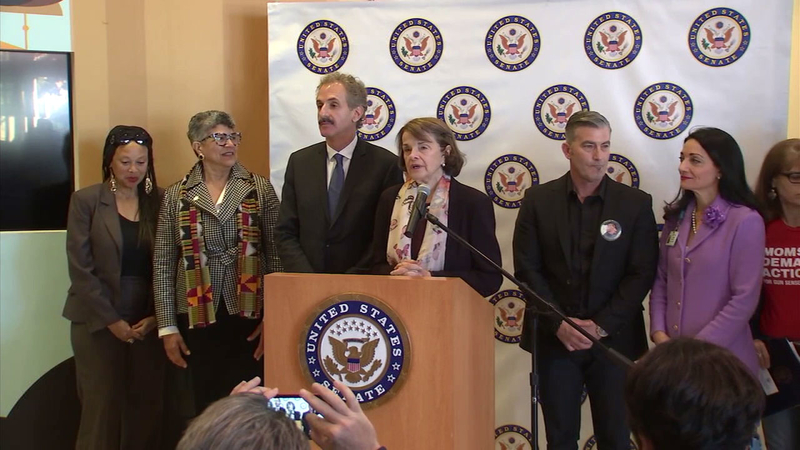 DOWNTOWN LOS ANGELES (KABC) -- In the wake of this past weekend's March for Our Lives protests, California Sen. Dianne Feinstein summoned gun violence survivors, activists and medical personnel for a roundtable discussion on gun safety.

Feinstein sponsored gun legislation back 1994. It was written to expire in 2004. It did expire, and there have been no other gun restrictions since then.

"We can pass the assault weapons legislation, we can ban bump stocks, we can have real comprehensive background checks," Feinstein said Tuesday.

Paul Wilson's wife, Christy, was one of eight people killed by a gunman at a hair salon in Seal Beach in 2011.

"I want to see gun reform happen. I think the Second Amendment, it's an antiquated law," Wilson said. "Yes, actually, I'm more hopeful now. I think we are seeing the youth of our nation is now involved."

"People need to stand up," she added. "They need to recognize what's happening in this country, and they need to see what this is doing to America."