Dianne Feinstein keeps her US Senate seat in California 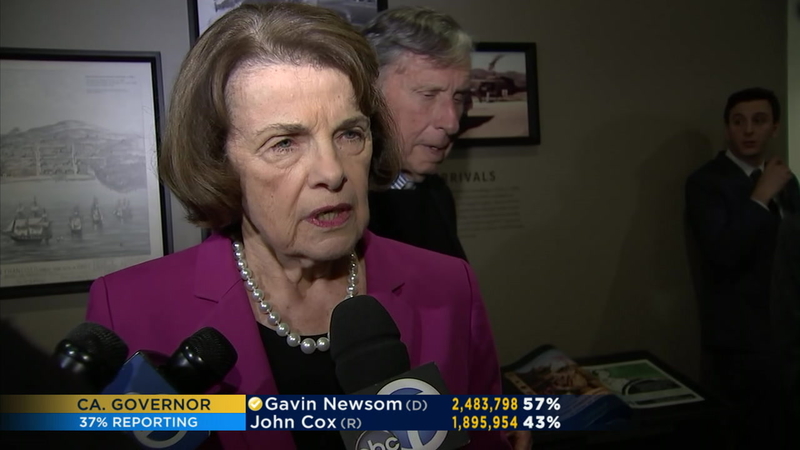 Feinstein held a victory party in Oakland and spoke about winning for a fifth time as a senator. She also said she doesn't have a message for President Donald Trump.

"I would hope that some of the divisiveness could be left out and we could work as one team in this nation and get things done for the people," she said.

Californians had to choose between the two Democrats during Election Day.

De Leon challenged incumbent Feinstein, who has been in the Senate since 1992. He even earned the nomination from the state's Democratic Party.

He said the state deserved a new voice in Washington, while Feinstein said she had the experience to get things done for California with the track record to prove it.
The 85-year-old is the oldest U.S. Senator, and was first elected to the Senate in 1992.