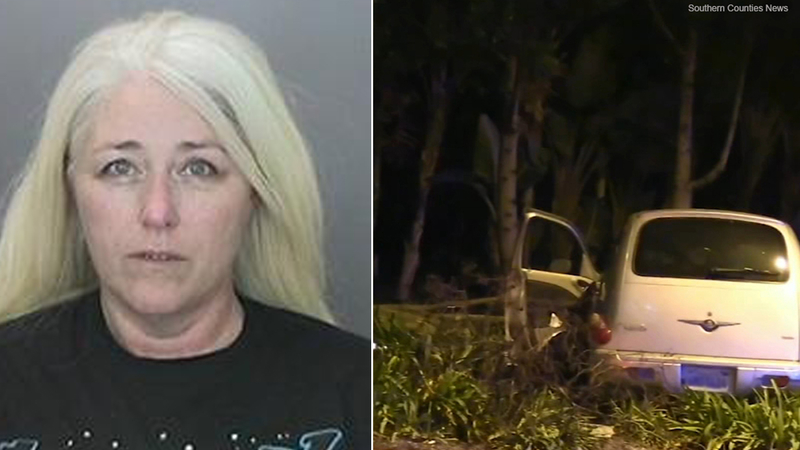 ANAHEIM, Calif. (KABC) -- A 54-year old man died after a car slammed into him near Disneyland Park in Anaheim Saturday night.

Police say the man was walking along Disneyland Drive, near Katella Avenue, just after 11 p.m. when a 2007 Chrysler PT Cruiser jumped a curb, struck a pole and then slammed into an electrical box before striking the victim.

The victim, a resident of Fresno, suffered major injuries and was transported to UCI Medical Center, where he was pronounced dead.

Officials said the driver, a 47-year-old La Mirada woman identified as Stefanie Lyn Bieser, was arrested on suspicion of gross vehicular manslaughter while intoxicated and driving under the influence of alcohol/drugs causing bodily injury.