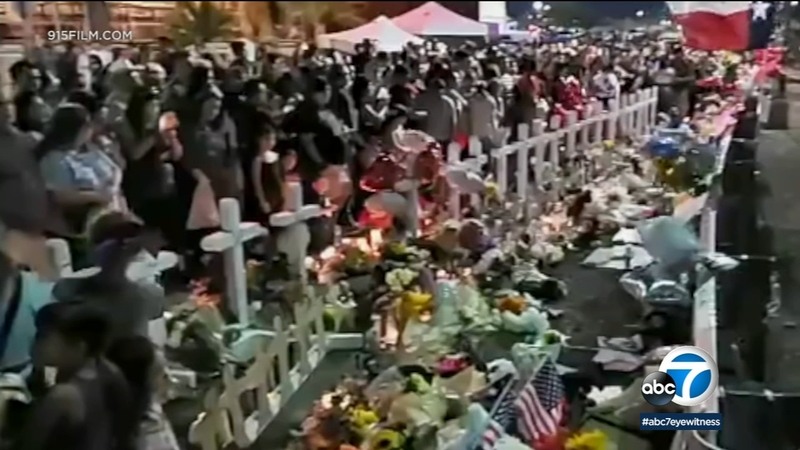 On Aug. 3, 2019, a gunman shot 46 people at a Walmart in El Paso, Texas. Half of them were killed in what became the seventh largest mass shooting in U.S. history. Now, that story is the subject of a new documentary.

Authorities believe a suspected gunman from a Dallas suburb drove 10 hours to go on a killing spree in El Paso, confessing to police he was targeting "Mexicans." "915: Hunting Hispanics" tells the story of that day.

"My movie is not for everyone. There's no doubt. But I'm here to inform, educate and raise awareness for change," said Minn. "We obviously have a problem with gun violence and racism. The film represents and honors the victims and survivors."

Minn calls the mass shooting the ultimate hate crime. And he strongly believes people in Southern California should see the film.

"Los Angeles has the largest Mexican population of any U.S. city. It should play in Los Angeles. This was a direct attack on Mexican people," said Minn. "We have a problem and we have to fix it. Thoughts and prayers do nothing. Victims hate that. Survivors hate thoughts and prayers. We need action and we need change."

Until the mass shooting, El Paso had been averaging 23 murders a year. In 2019, there were 23 murders in four minutes.

"915: Hunting Hispanics" is playing nightly for a week at the Laemmle in North Hollywood. It'll be on demand in the fall.

A 25-year-old woman who was shot while apparently shielding her 2-month-old son was among the 20 people killed in El Paso.