LAPD chief: People who interfere with others getting vaccinated may face arrest, citation 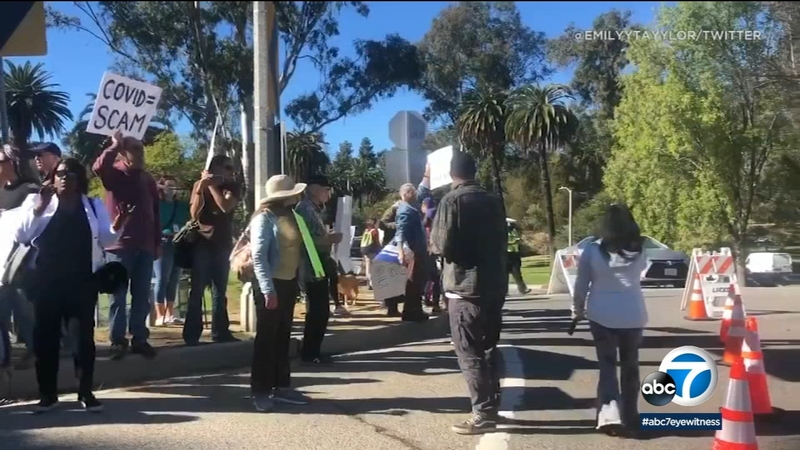 LOS ANGELES (KABC) -- Los Angeles Police Chief Michel Moore says that if anti-vaccine protesters interfere with people getting the COVID-19 vaccine, as some did over the weekend at Dodger Stadium, they may be arrested or cited.

On Saturday, the Los Angeles Fire Department shut the entrance to the stadium as a precaution at about 2 p.m. Saturday after it was blocked by a few dozen demonstrators.

Hundreds of motorists who had been waiting in line were stalled for about an hour, with the location reopening within an hour. The mayor's office says despite the 55-minute interruption, no appointments were canceled. No arrests were made.

"Going forward, people that are walking in roadways around or confronting individuals attempting to get a vaccine, it's my expectation and direction, that enforcement will be swift and certain," Moore said during Tuesday's Police Commission meeting.

In addition to enforcement, which may include arrests or citations, there will soon be a designated zone for protesters to gather near the vaccination site, one of the nation's largest.

Chief Moore also promised swift action against underground parties on Super Bowl Sunday. The penalties for that could range from utility cut-offs or even citations.