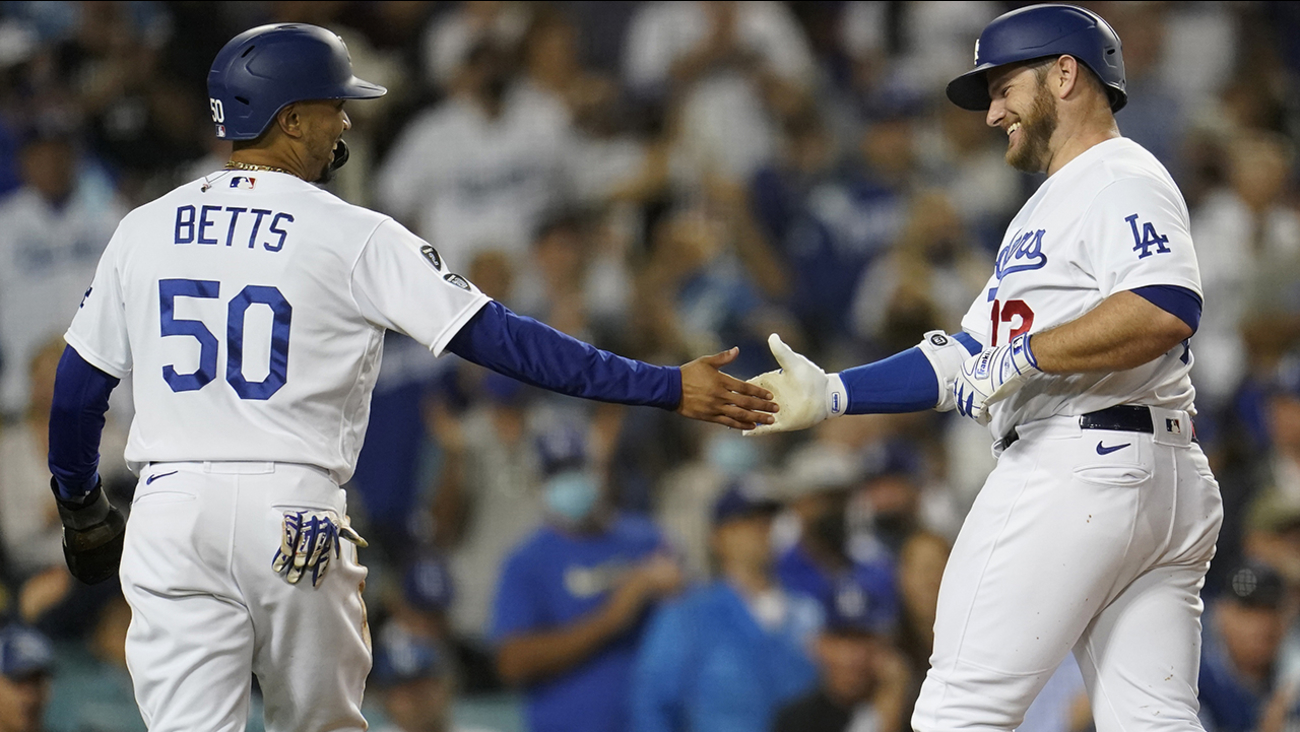 LOS ANGELES -- The Los Angeles Dodgers clinched a postseason berth, getting home runs by Max Muncy, Trea Turner and Will Smith to beat the Arizona Diamondbacks 8-4 on Tuesday night for their fifth win in a row.

Using teammate Albert Pujols' bat, Muncy blasted his 33rd homer, a two-run shot, off Luke Weaver (3-5) in the third, when the D-backs had two errors. Mookie Betts singled leading off and scored, making it 3-0. Will Smith grounded into a fielder's choice to Weaver, who botched the throw, allowing Corey Seager to score after reaching on a fielding error by Ketel Marte. Weaver bent over and stomped his feet in frustration as the Dodgers led 4-0.

The Dodgers made Weaver work. He needed 72 pitches to get through three innings. The right-hander gave up four runs and five hits in four innings, struck out four and walked one.

Smith's 24th homer in the sixth extended the lead to 6-1. Trea Turner's RBI double in the first scored Muncy, who doubled.

After Arizona closed to 6-4 in the seventh, the Dodgers answered with two runs in the bottom of the inning. Muncy and Trea Turner drew consecutive walks by Brett de Geus. Seager singled and Justin Turner and Smith had sacrifice flies.

The D-backs closed to 6-4 in the seventh on a three-run shot by Marte, who went 3 for 4 with a strikeout.

Arizona trailed 5-1 in the sixth on David Peralta's RBI double off David Price. Pitching for the first time since Sept. 5, the former AL Cy Young Award winner gave up back-to-back singles to Josh Rojas and Marte that set up Peralta.

The Dodgers improved to 13-2 against Arizona this season, including 8-1 at home.