The Los Angeles Dodgers may have another chance at winning a World Series, but the Southern California economy is taking a major hit.
KABC
By Rob Hayes 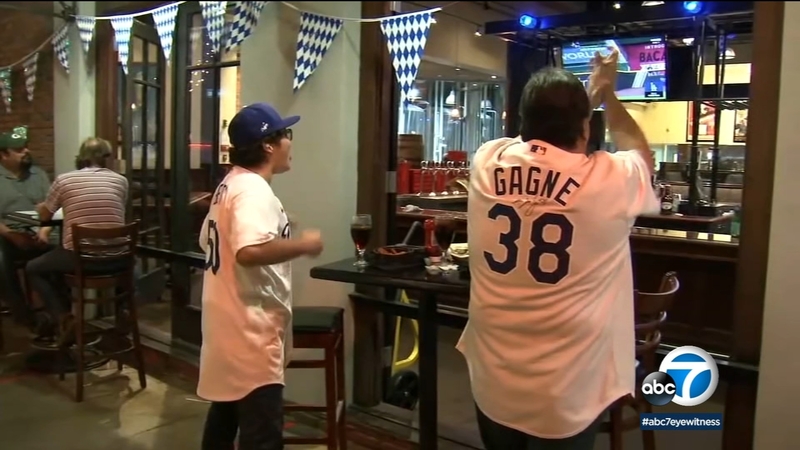 LOS ANGELES (KABC) -- The Los Angeles Dodgers may have another crack at winning a World Series, but the Southern California economy is almost certain to lose in the post-season sports world. The team will begin making its run for the championship in Texas, with very little economic impact expected in its hometown.

"Think of all the travel that typically comes through LAX as a result of fans flying into town to see these big games," said Christopher Thornberg of consulting firm Beacon Economics. "People would be staying at the hotels. None of those things are happening."

And it's not just the Dodgers. The Lakers just won the NBA Championship, but they did it in the so-called "Bubble" in Orlando, Florida. During their entire playoff run, the Staples Center was empty, the businesses surrounding it paying the price.

All across the country, the sports industry is hemorrhaging money.

"The losses could actually be closer to $30-$35 billion," predicts sports economist Patrick Rishe. "It's been that cataclysmic."

Rishe is the director of sports business at Washington University in St. Louis. He says team owners are hardest hit by the pandemic, losing valuable seat and concession revenues while TV ratings dip, affecting advertising rates.

Of course sporting good stores are still open, and Dodger fans were out in force Monday morning, waiting in line for a crack at National League Championship gear. But even that didn't play out well for many people waiting in line outside a Dick's store in Pasadena.