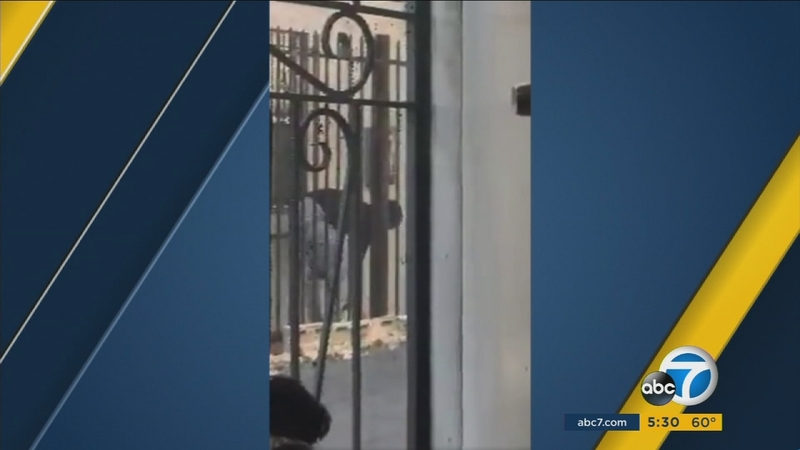 SOUTH LOS ANGELES (KABC) -- A man has been arrested after allegedly beating a 3-month-old puppy with a mop handle in October outside a South L.A. home, in an incident that was captured on video by a neighbor.

Davion Shawntell Oatez, 24, was taken into custody Wednesday and charged with two counts of animal cruelty with an enhancement for use of a dangerous weapon in the commission of a felony, according to a news release from the Society for the Prevention of Cruelty to Animals Los Angeles, which said its investigation led to the arrest.

The disturbing cellphone footage appears to show a puppy screaming in pain as a man beats him and repeatedly throws him to the ground. The witness who recorded the video subsequently notified authorities.

The animal, named Fifty, was seized from Oatez. Veterinarians with spcaLA determined the dog "undoubtedly suffered from violent mistreatment and beating inflicted by its owner," according to the organization.

"The dog was screaming and crying and the person was compelled to get out their cellphone and take video because they knew it was wrong and it was horrific to watch and to hear," said Ana Bustilloz, an spcaLA spokeswoman.

Eyewitness News attempted to contact Oatez at his home but received no response. He was released Wednesday after posting bail.

"We're very fortunate that we have lots of people that care deeply about animals and have enough instinct to take video and share that with us," Bustilloz said.

Oatez is scheduled to be arraigned Dec. 30.