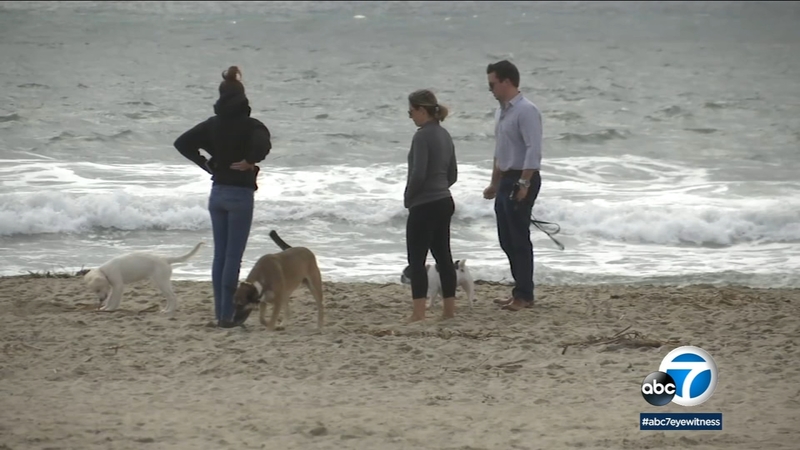 NEWPORT BEACH, Calif. (KABC) -- Dog Beach, located where the Santa Ana River flows into the Pacific Ocean in Newport Beach, allows dogs on the beach during the day as long as they stay on leash.

"This is her happy place. We don't have enough places in this area to take our dogs and I feel like this is a dog-friendly community and we should have more places like this for the dogs to go free and play in the water. We have miles of beaches here. Why not an area for the dogs," said dog owner Kelle King, who lives in Costa Mesa.

But it's not just dogs who enjoy this stretch of sand, part of an area that also goes by River Jetties.

Environmentalists went in front of the Coastal Commission Wednesday because they say the surplus of dogs is destroying the birds' habitat.

"They dine off the bugs in those dunes that are being destroyed, they eat the fish that are in the river jetties where the dogs are romping and scaring them away. Digging and chasing their balls and leaving lots of presents behind for everyone, they are ruining those dunes," said Penny Elia with the Sierra Club.

In the past few years, the city of Newport Beach has been giving out citations, mainly to dog owners who have their dogs off leash. But environmentalists say it's not enough.

"The city of Newport Beach just finished telling the commission that last year alone they were very proud of the fact that they issued 111 citations. In my experience of being at River Jetties, you could literally issue 111 citations in two hours," said Elia.

Newport Beach Assistant City Manager Carol Jacobs says she agrees with environmentalists that something has to be done, but enforcement has been difficult.