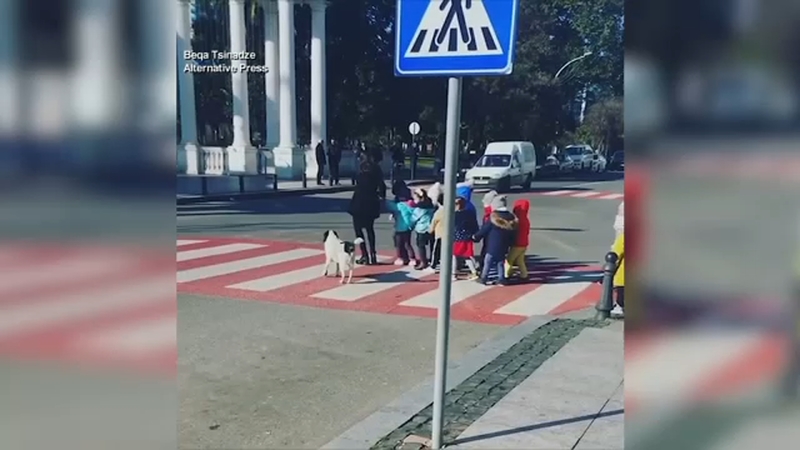 BATUMI, Georgia -- A stray dog in the former Soviet republic of Georgia has become an internet sensation after it was filmed helping groups of kindergarten students to cross a busy street.

The dog was filmed in the town of Batumi, barking at cars to get them to stop so the children can use a crosswalk safely. It can then be seen walking next to the kids, until they're finished crossing.