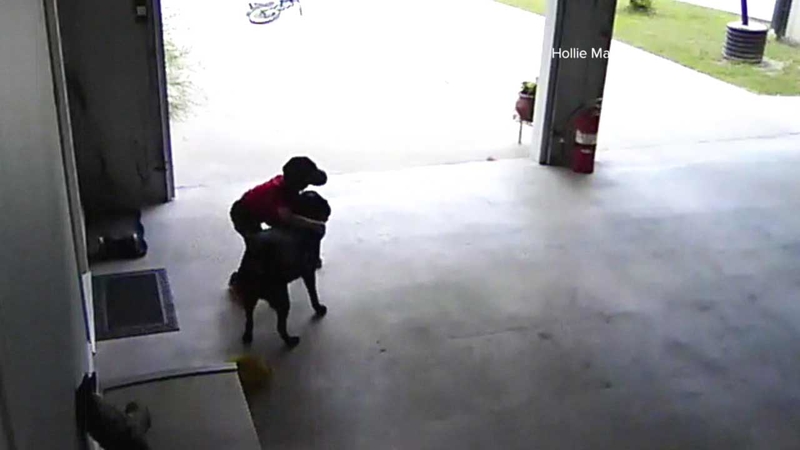 PIERRE PART, La. (KABC) -- There's nothing like the special bond between a little boy and a dog. A Louisiana boy went to great lengths to give some love to his neighbor's pup.

Hollie Mallet had a camera installed in her garage to catch any potential thieves, but what she saw was a different sort of thief entirely.

She saw a young kid sneaking inside to steal a hug from her dog, Dutchess. Trespassing has never looked cuter.

Apparently, this wasn't the first time he had dropped by either. Mallet said the boy comes on his bike and sometimes even plays fetch.

The homeowner wasn't upset about the secret snuggler though. Instead of the police, she went to Facebook in hopes of figuring out who he was.

She posted the surveillance video and wrote, in part, "Attention neighbors! Anyone know who this sweet little boy is? I'd like to tell him he's welcome to stay and play, she loves the attention!"


Among the more than two million people who saw the video was the boy's mom, Ginger Breaux. She recognized her son Josh immediately.

Ginger told Mallet that Josh talks about her dog all the time. They just didn't know he was sneaking into their garage. Josh's own dog died from old age.

Now that the mystery has been solved, Mallet happily invited Josh over for more playdates. She says he now comes over almost every day to see Dutchess.