A small dog pulled from the rain swollen Los Angeles River got adopted Thursday by the woman who first spotted the pup struggling in the water last week.

LOS ANGELES (KABC) -- A small dog pulled from the rain swollen Los Angeles River got adopted Thursday by the woman who first spotted the pup struggling in the water last week.

The Corgi-Chihuahua mix was spotted trying to stay afloat in the river last Friday by North Hollywood resident Rachel Dalby, who promptly dialed 911.

"So I looked closer and was able to confirm that it was in fact the head of a small dog," Dalby said. "Very nerve racking, just tracking his movements. I paced him with my car."

Emergency personnel arrived on scene, and a firefighter was lowered from a helicopter into the river near the Cahuenga Pass. He swam toward the pup, grabbed him in his arms, and they were both airlifted to safety. 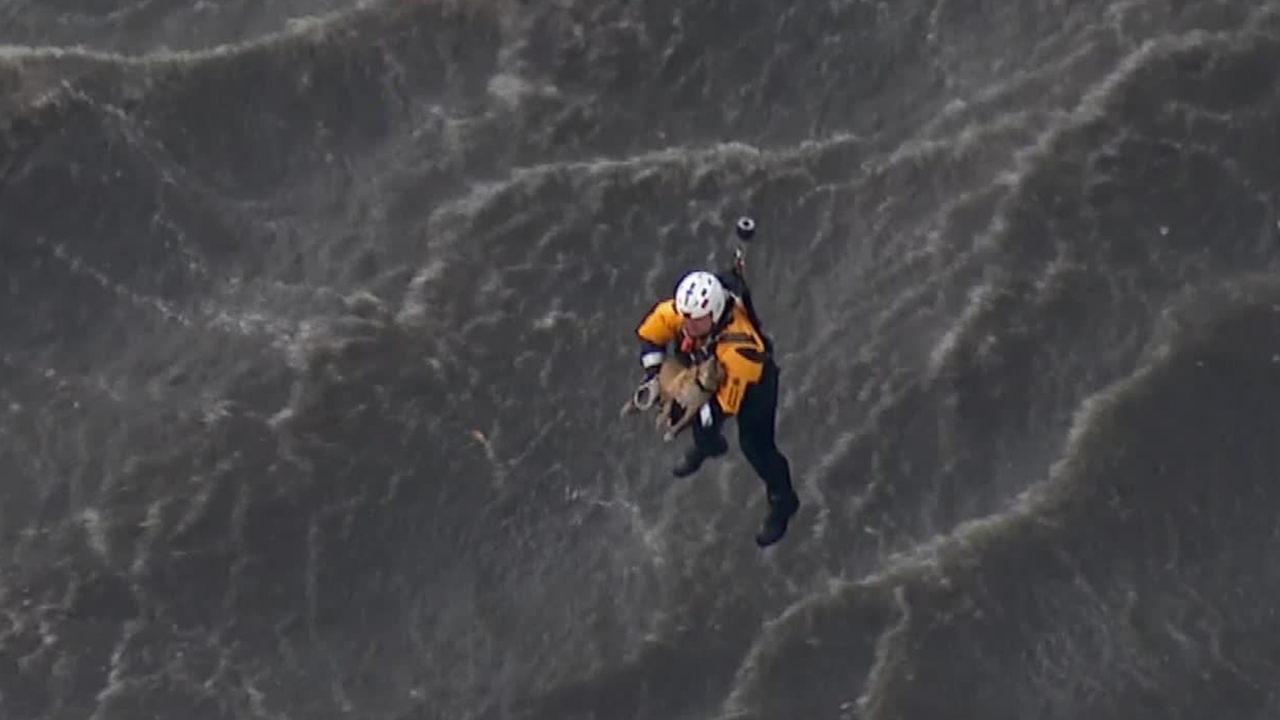 "On the phone with the fire department dispatch officer I said, 'You know, I want to adopt this dog,' and he says, 'Well let's get him rescued first,'" Dalby said.

The 7-year-old pooch was taken to North Central Animal Shelter on Lacy Street.

"When he came here, he was hypothermic from being in the cold water. He had been tossed around and had a few cuts and abrasions and obviously he was exhausted, but his recovery was really fast," said Jan Selder from the shelter.

Lucky's original owners never came to claim him, so Dalby got first dibs. She filled out all the necessary paperwork and rescued him - again.

Dalby said she plans to take Lucky to meet the firefighters who rescued him from the river.