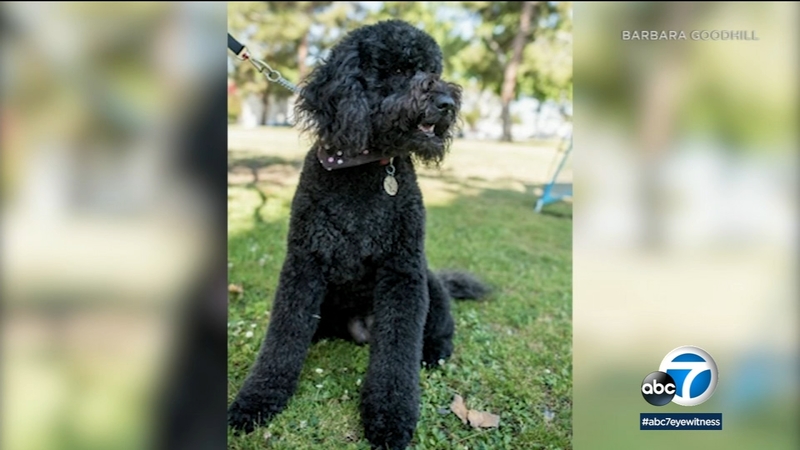 SHERMAN OAKS, LOS ANGELES (KABC) -- A dog that was stolen from a Sherman Oaks home during a burglary last week has been reunited with her owner.

Stella, a 4-year-old labradoodle, was the most prized possession stolen from Barbara Goodhill's home last Friday.

"She probably was trusting when they took her," Goodhill said. "She's just a bundle of joy and spirit and I guess too friendly for her own good."

Goodhill went around her neighborhood posting flyers and offering a $500 reward, no questions asked, for Stella's return.

Tuesday morning, Stella was brought into an Animal Services clinic in Downey by a man who said the dog was following him. The man left without providing more information.

Her microchip was scanned and she was reunited with Goodhill Tuesday morning.

When Barbara Goodhill surveyed what was missing after a burglary, the Sherman Oaks woman skipped over the missing jewelry and focused on her biggest loss: Stella, her 4-year-old labradoodle.

Police still want to talk to two people considered persons of interest in the burglary.

Not long after the Friday night break-in, two men showed up at the VCA Advanced Care Center in Lawndale and tried to drop her off.

The staff told them they don't accept strays, but they did scan Stella for a microchip. That triggered an alert with the company that installed the microchip, Home Again, which let Goodhill know her dog had been scanned at the center.

The scan also spooked the two men who fled the center with the dog.