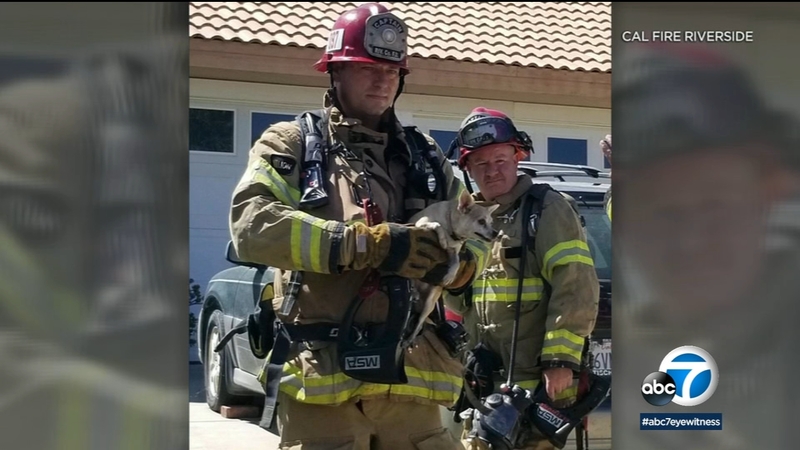 According to the Riverside County Fire Department, two of the animals were resuscitated after being in grave condition due to smoke inhalation.

The blaze was reported about 11:15 a.m. in the 15100 block of Coral Court, prompting a response from about two dozen firefighters. The flames were extinguished within 10 minutes.

"Airway measures took place, and firefighters were successful in resuscitating the family pets," the Fire Department said in a statement.

The pets were returned to their owner, who was displaced by the fire.