6 dogs killed after fire erupts at home in Pomona 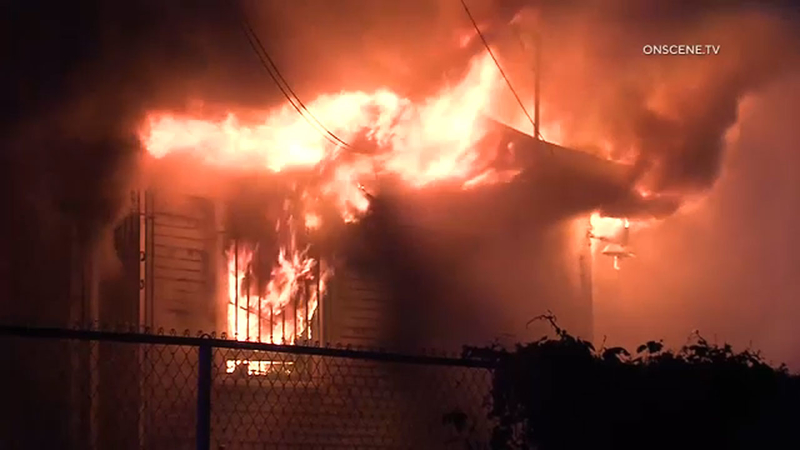 Crews responded to the 1600 block of Park Avenue at about 1:25 a.m., according to the Los Angeles County Fire Department.

The blaze erupted on the first floor of the building and firefighters were able to extinguish the flames approximately 40 minutes later. Video showed the house engulfed in flames.

No people were injured, but six dogs were found dead in the house.

"They're small little lap dogs, and unfortunately, during the evacuation of the house, the dogs got left behind," said. Battalion Chief Michael McCormick with L.A. County Fire.

Three people who lived in the home were evacuated and will be assisted by the American Red Cross after being displaced.

It was not immediately known how the fire started.