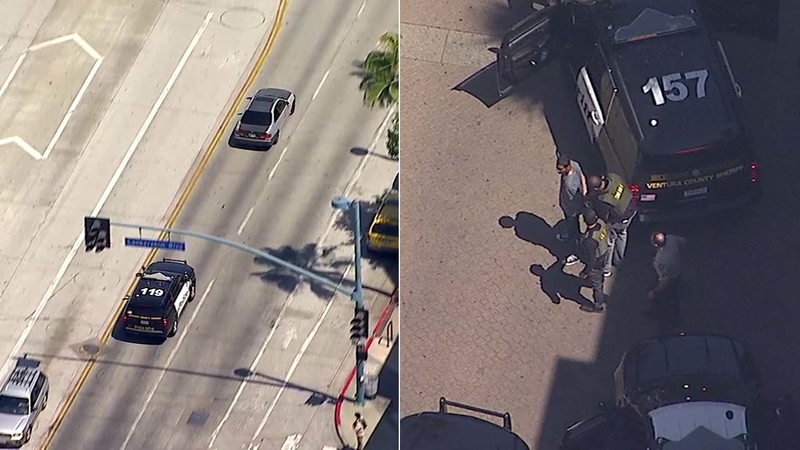 Domestic violence suspect in custody in NoHo after chase

NORTH HOLLYWOOD, LOS ANGELES (KABC) -- An alleged domestic violence suspect led Ventura County sheriff's deputies on a chase, which ended when deputies cornered him and took him into custody in North Hollywood on Friday.

Sheriff's deputies chased the suspect eastbound on the 101 Freeway before he exited and stopped the vehicle in a parking lot on Fair Avenue.

Deputies surrounded the suspect, who appeared to be compliant but remained inside the car for some time. He eventually surrendered and was taken into custody.

The Los Angeles Police Department shut down Fair Avenue due to the incident.