Donald Sterling responds to NBA, will fight effort to force sale of Clippers 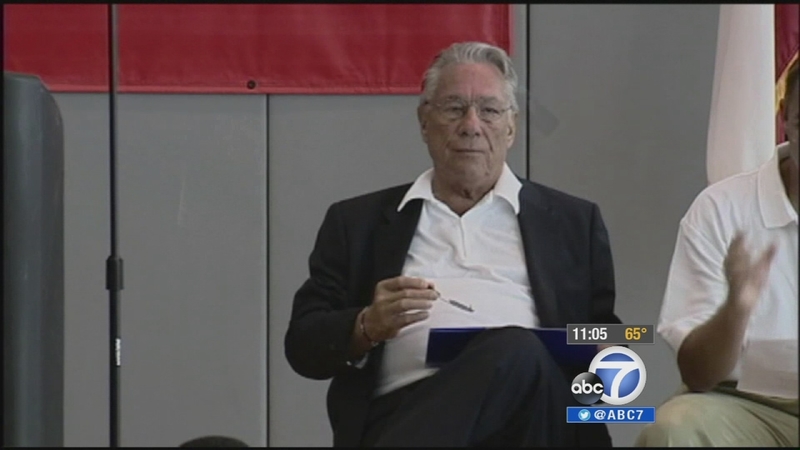 LOS ANGELES (KABC) -- Donald Sterling has responded to the NBA over charges his racist remarks damaged the league. He calls efforts to force the sale of the Los Angeles Clippers "illegal."

According to his 32-page response, first reported by USA Today, Sterling says his comments were made during a private conversation and can't be used against him. He called the NBA proceedings a "sham."

"Should the Board vote to sustain the charge, the Sterlings' interests in the Clippers will be terminated and the team will be sold," the NBA said.

Meantime, Pierce O'Donnell, the attorney for Shelly Sterling, issued a statement confirming that "Donald Sterling has authorized Shelly Sterling in writing to negotiate the sale of the Los Angeles Clippers, including his 50 percent ownership of the team" and that "Shelly and the NBA are working cooperatively on the transaction."

Shelly Sterling has hired Bank of America to help in the sale of the Clippers, a source familiar with the situation told ABC News.

Shelly Sterling previously shared ownership of the Clippers with her estranged husband but now has control of the team. According to the source, the price being discussed is at least $1 billion. And while several groups are interested in bidding the formal process has not yet started.

ESPN reports that Shelly Sterling has received inquiries from at least six serious bidders, including former Microsoft CEO Steve Ballmer, but would not consider selling to anyone who intends to relocate the franchise.

Still, the agreement between the Sterlings has no bearing on action the NBA is taking against Donald Sterling, himself. The NBA has also banned Donald Sterling for life from all league events.

Donald Sterling told Stiviano not to bring black people to basketball games. He also told her not to post on Instagram photos of herself with black people, including Magic Johnson.

In the aftermath of the scandal, Donald Sterling signed over the team to Shelly.