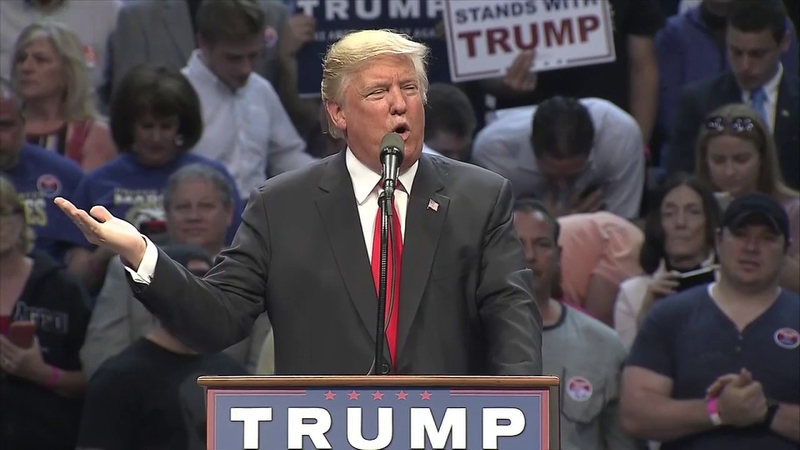 The Republican presidential candidate was speaking about the brave men and women who were thrust into action following the terrorist attacks on Sept. 11, 2001.

"I was down there, and I watch our police and our firemen down on 7-Eleven, down at the World Trade Center, right after it came down and I saw the greatest people I have ever seen in action," Trump said. "I saw the bravest people I have ever seen including the construction workers, including every person down there, that's what New York values about."

Trump was speaking to thousands at a rally being held at the First Niagara Center in Buffalo, New York.