Donald Trump's 5 most memorable lines from the Republican presidential debate 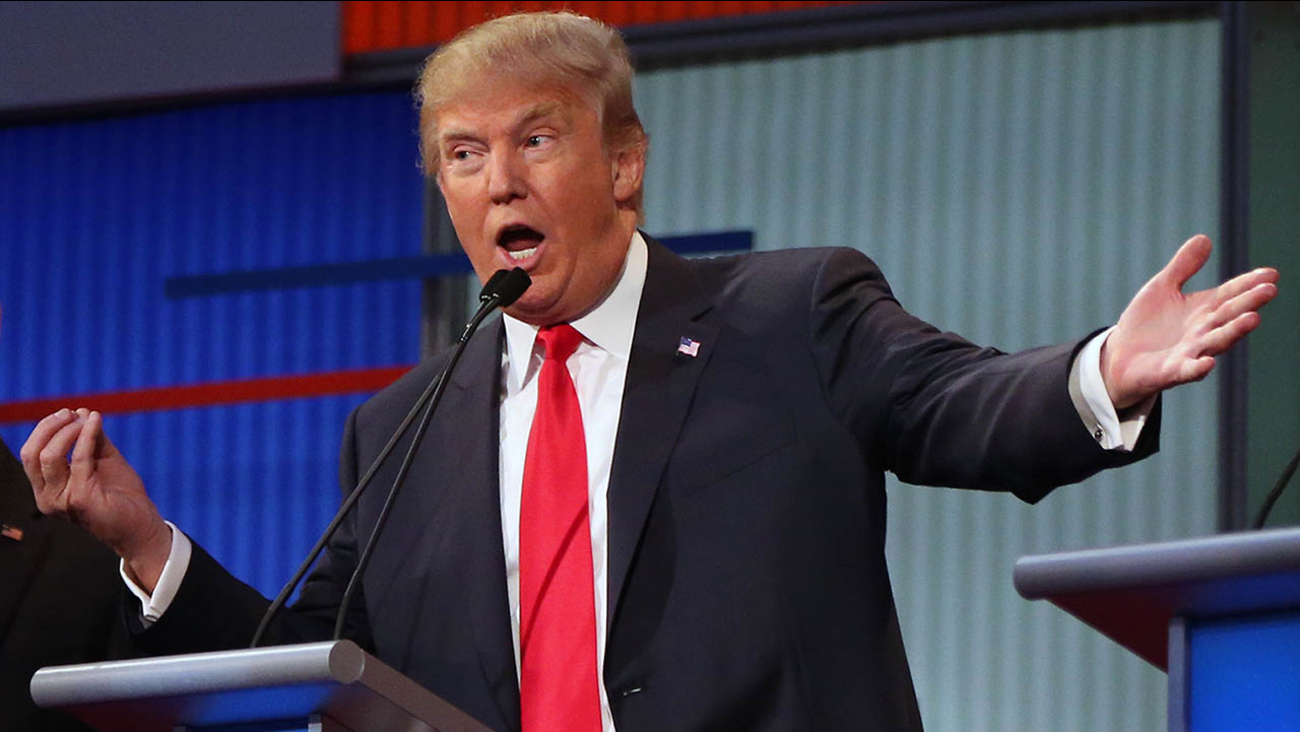 Donald Trump was the center of attention during the first Republican presidential debate, literally. His high polling numbers landed him the coveted center stage position in Cleveland Thursday night. And those hoping for a show from the sometimes controversial candidate were not disappointed. Trump answered questions from moderators and his fellow candidates in exactly the fashion his fans and critics have come to expect -- outspoken and uncensored.

Check out some of Trump's best lines from the debate:

WHEN HE REFUSED TO PLEDGE TO SUPPORT THE GOP NOMINEE

Just minutes into the debate, Trump earned a chorus of boos from the audience in Ohio when he was the only candidate who refused to pledge his support to the eventual Republican nominee and not run an independent campaign against them.

Full quote: "I cannot [make the pledge]. I have to respect the person that, if it's not me, the person that wins, if I do win, and I'm leading by quite a bit, that's what I want to do. I can totally make that pledge. If I'm the nominee, I will pledge I will not run as an independent. But - and I am discussing it with everybody, but I'm, you know, talking about a lot of leverage. We want to win, and we will win. But I want to win as the Republican. I want to run as the Republican nominee."

ON DRIVING THE CONVERSATION ON IMMIGRATION

As the moderator turned the topic to immigration, Trump claimed credit for bringing the issue to the forefront of the nation's attention. While former Florida Gov. Jeb Bush advocated a path to legal status (which he stressed should not be considered amnesty), Trump reiterated his belief that building a wall is the way to go. He also took the opportunity to call the media "dishonest" and leaders and politicians "stupid."

Full quote: "So, if it weren't for me, you wouldn't even be talking about illegal immigration, Chris. You wouldn't even be talking about it. This was not a subject that was on anybody's mind until I brought it up at my announcement. And I said, Mexico is sending. Except the reporters, because they're a very dishonest lot, generally speaking, in the world of politics, they didn't cover my statement the way I said it."

HIS DISPARAGING COMMENTS ABOUT WOMEN

Moderator Megyn Kelly challenged Trump on some of his past comments on women, pointing out that statements on his Twitter account have, at various times, referred to women as "fat pigs, dogs, slobs, and disgusting animals." Trump attempted to deflect the question by joking that he has only made those comments about Rosie O'Donnell, who responded with a tweet of her own. Trump followed by saying that a lot of what he says is in jest, but that neither he nor our country has time for "total political correctness."

Full quote: "I've been challenged by so many people, and I don't, frankly, have time for total political correctness. And to be honest with you, this country doesn't have time either. This country is in big trouble. We don't win anymore. We lose to China. We lose to Mexico both in trade and at the border. We lose to everybody."

WHEN HIS PARTY AFFILIATION WAS QUESTIONED

Kelly took Trump to task again later in the debate, asking him when exactly he became a Republican after years of statements in which he claimed to be pro-choice, in favor of an assault weapons ban and even that he identified as a Democrat. Kelly's question was met with boos before Trump offered his explanation on how he came to "hate the concept of abortion."

Being a GOP event, it came as no surprise that at some point the debate shifted toward criticism of the Obama administration of the past seven years. Trump said the current proposal to limit Iran's nuclear program is a "disgrace" and will "lead to destruction in large portions of the world."

Full quote: "I would be so different from what you have right now. Like, the polar opposite. We have a president who doesn't have a clue. I would say he's incompetent, but I don't want to do that because that's not nice."