Republican presidential candidate Donald Trump is kicking off his California campaign Thursday night with a rally at the Orange County Fairgrounds in Costa Mesa.

COSTA MESA, Calif. (KABC) -- Donald Trump is kicking off his California campaign Thursday night with a rally at the Orange County Fairgrounds in Costa Mesa.

The Pacific Amphitheatre holds just over 8,000 people, and according to Trump's California campaign manager, Tim Clark, tickets have been going fast since the rally was announced Wednesday.

The Republican presidential candidate is coming off his sweep of five Northeastern states on Tuesday. He now has 80 percent of the delegates needed to avoid a contested national convention in Cleveland.

Golden State voters could put him over the top in GOP convention delegates on June 7 when they head to the polls.

On Wednesday, the front-runner picked up a major endorsement from an Indiana icon, former Indiana University basketball coach Bobby Knight.

"There's never been a more honest politician than Donald Trump," Knight said. "After you have seen him and listened to him, I think you'll be in a hurry to get out there and vote for him."

He also made a campaign stop at Old National Events Plaza in Evansville, Indiana Thursday morning.

On Tuesday, Trump supporters and opponents clashed outside Anaheim City Hall, and five people, including two girls, ages 8 and 11, were pepper-sprayed by a demonstrator during the heated confrontation.

The confrontation occurred before the City Council discussed a resolution proposed by one councilwoman condemning what it called Trump's divisive rhetoric.

The motion said Trump's remarks - which have been perceived as offensive to Mexican immigrants, Muslims and other groups - are contrary to Constitutional principles and don't reflect Anaheim's "guiding principles of inclusiveness and kindness."

The arguments from outside continued during the public comment period inside, but remained civil as the meeting stretched for hours into the night. Eventually the council voted 3-2 to take no action on the resolution.

Trump's Costa Mesa event will begin at 7 p.m. Thursday. Orange County sheriff's deputies say they're well prepared for the event and have coordinated with the Secret Service to provide a safe location.

He'll head to the Bay Area to address the California Republican convention in Burlingame Friday night. 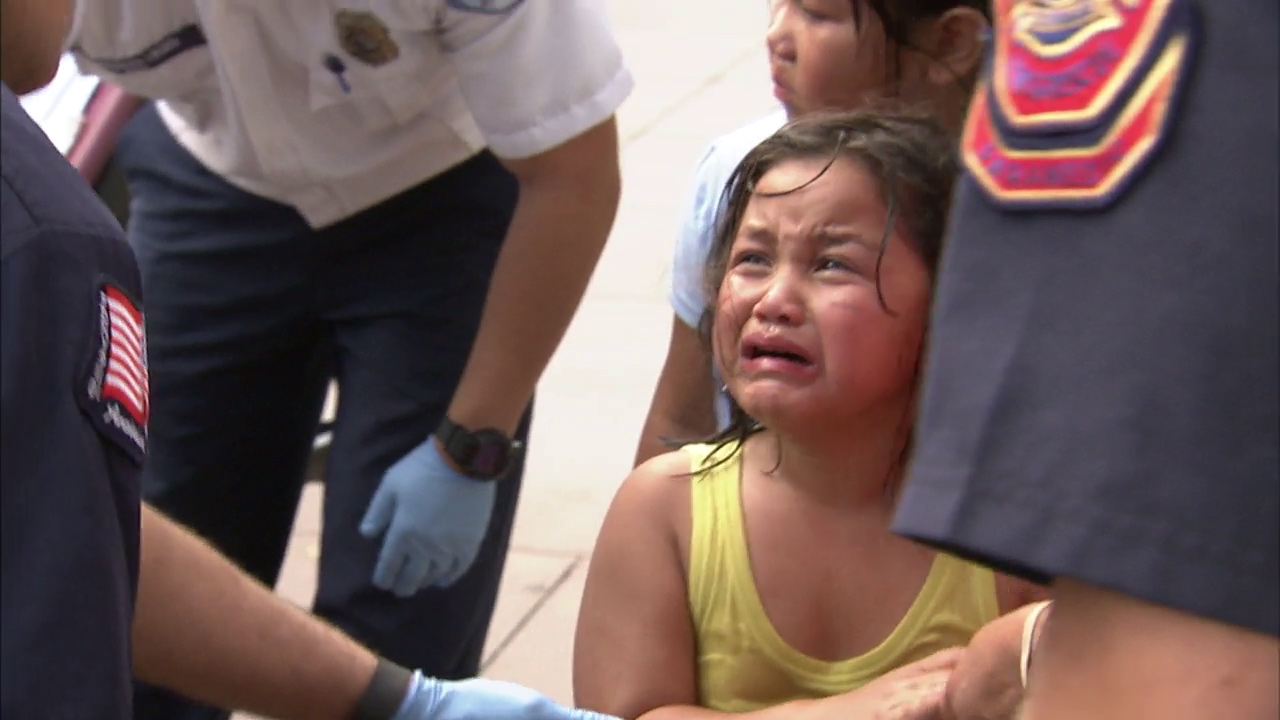