A crowd of anti-Donald Trump protesters gathered for a fourth night of demonstrations in downtown Los Angeles Friday, Nov. 11, 2016.

As many as 2,000 people marched for hours through the streets after starting in Pershing Square. They traveled through surface streets as a police presence remained close by.

It was unclear if any other arrests were made in connection with Friday night's protest.

California Highway Patrol blocked off entrances to the freeways all around downtown to make sure the group did not attempt to stop traffic.

The string of nightly demonstrations come after Trump was elected president of the United States on Tuesday.

Hundreds of students at UCLA and UC Irvine took to the streets to protest the results right after the election.

Some violence was reported at the Oakland protest late Tuesday night, when some demonstrators set fires, broke windows and sprayed graffiti on downtown businesses.

About 11,000 people are expected to descend on L.A.'s MacArthur Park Saturday morning for another anti-Trump protest. 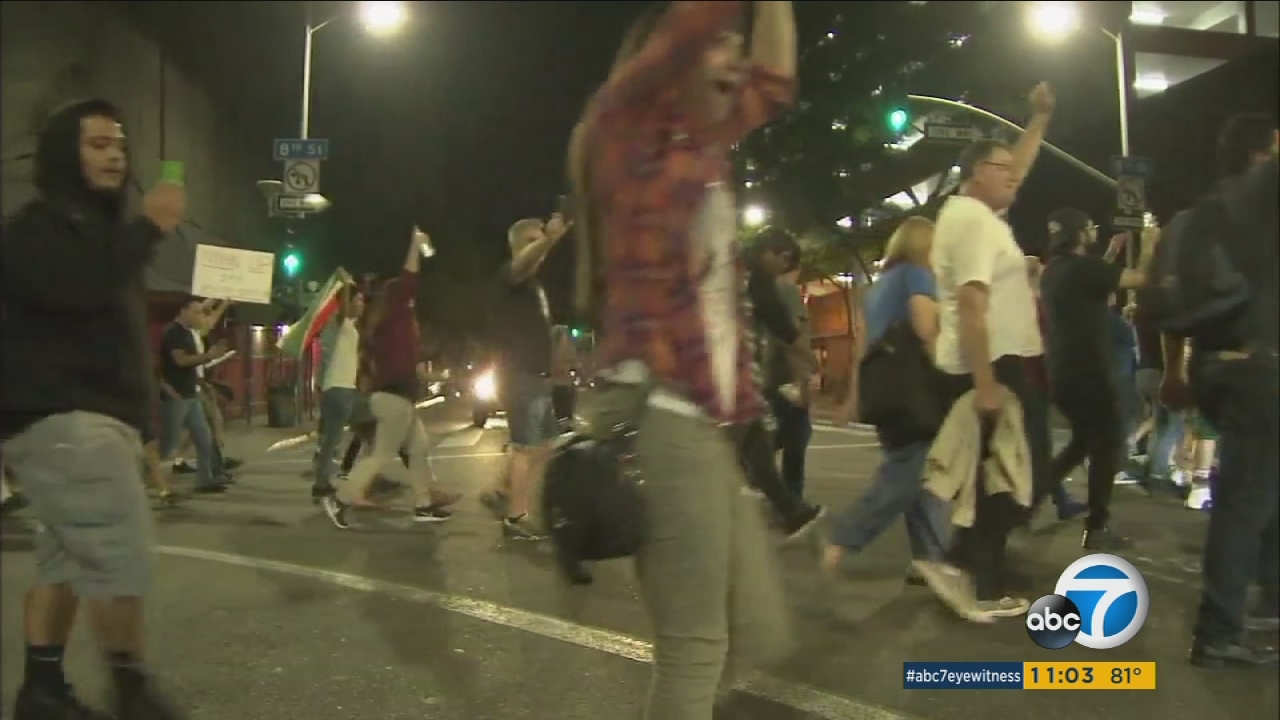 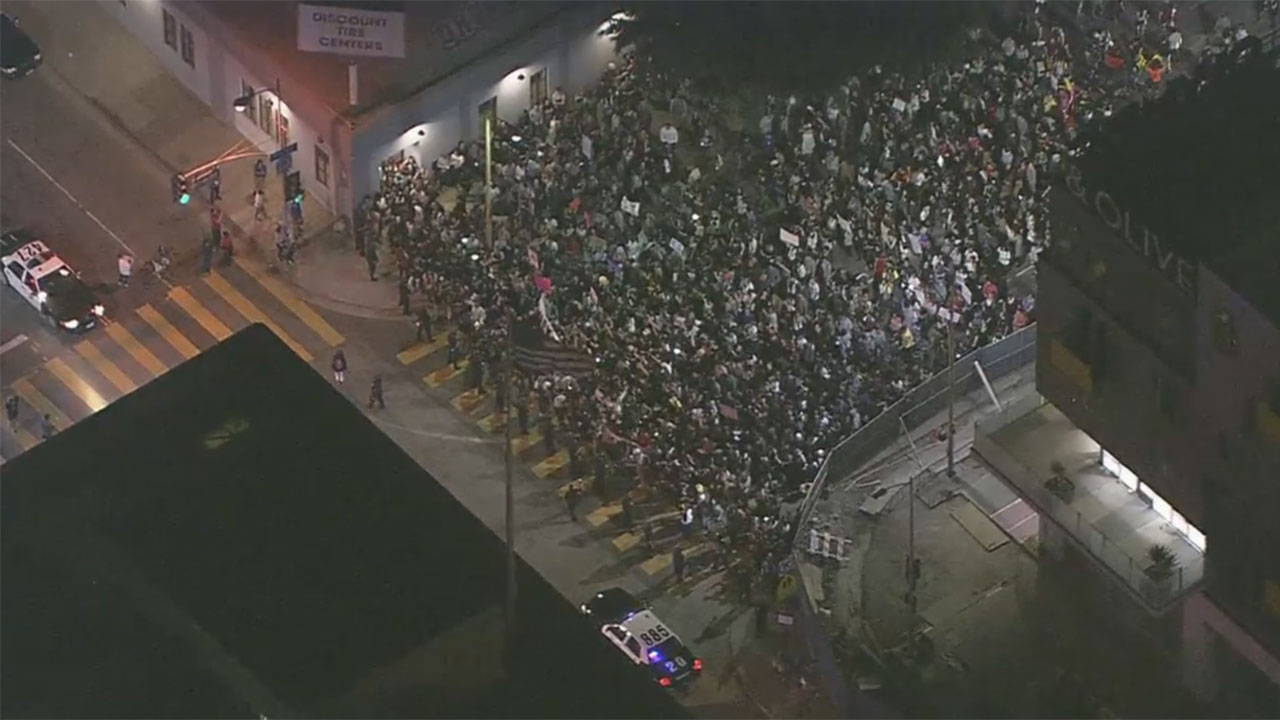 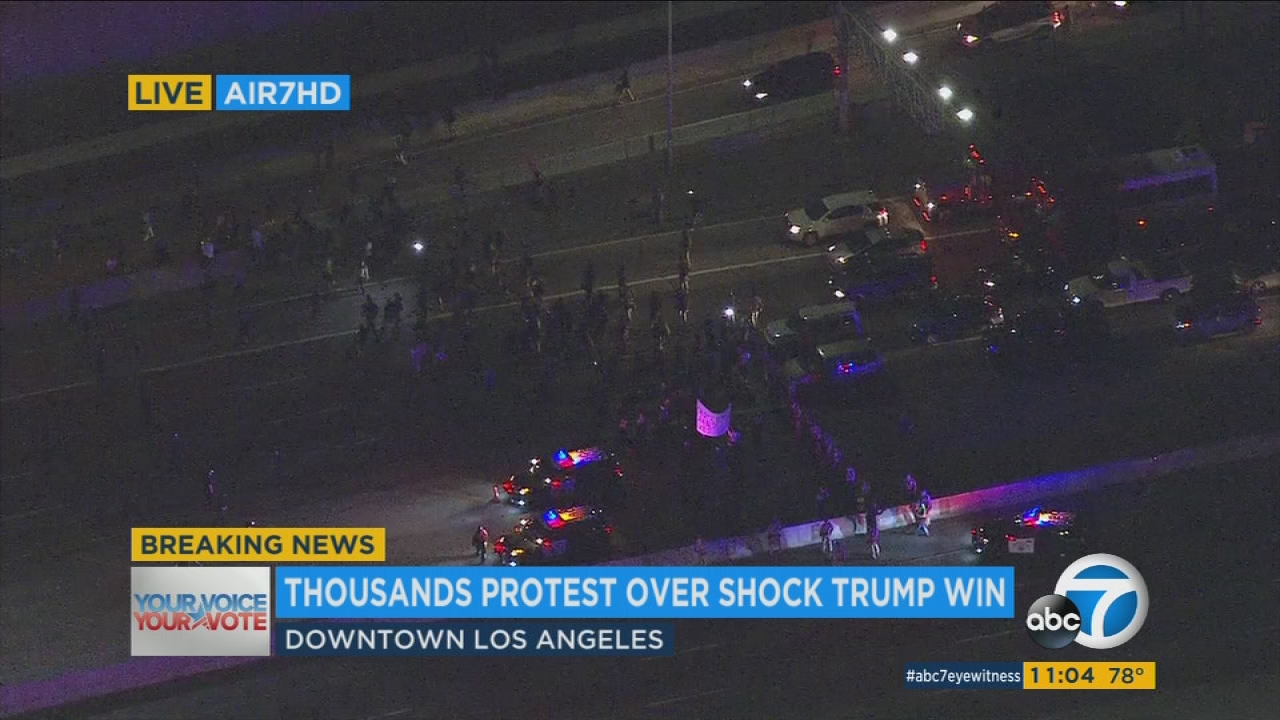