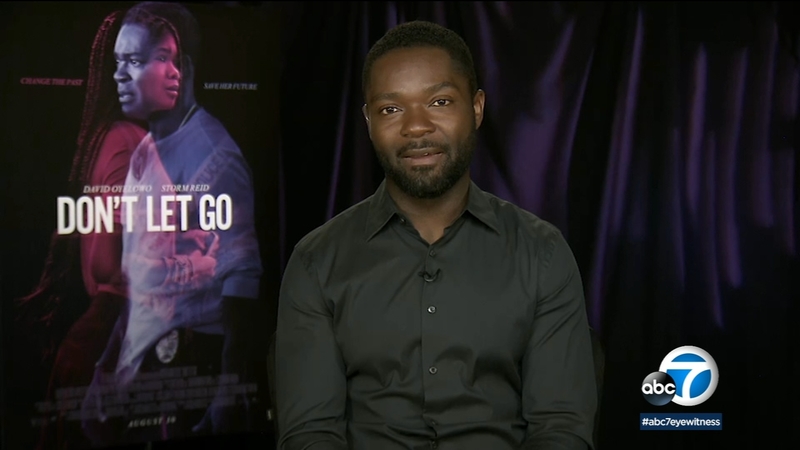 HOLLYWOOD (KABC) -- Golden Globe and Emmy nominated actor David Oyelowo has grabbed on to a juicy new role. In "Don't Let Go", Oyelowo's character receives a shocking phone call from his recently murdered niece, played by Storm Reid. The young girl is somehow calling from the past and the two must work together to solve her murder, and possibly try and change history.

"That's exactly why I was drawn to it," said Oyelowo. "As an actor I'm always looking for convention defying projects and roles and this was all of that in one. I like to think that audiences are looking for something a little bit different these days. They'll certainly be getting that with "Don't Let Go!"

Oyelowo is also a producer on the film. He was thrilled to get to work with such talented young actress.

"When you have young performers, the material they tend to get is not anywhere near demanding as what she has to do in "Don't Let Go," said Oyelowo. "And she is a bullseye."

In the film, Oyelowo plays an adoring uncle. But in his own life, he's the devoted Dad to four children. His own parental instincts helped him tackle this emotional role.

"100%. That's the main thing that drew me to the film," said Oyelowo. "I have four children and there is not one of them for which I would not do what my character does so that was definitely something I drew on and something I could definitely relate to."