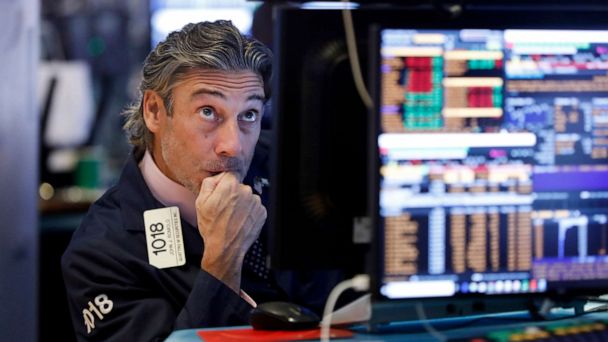 ABCNews
By BILL HUTCHINSON
The Dow Jones Industrial Average plummeted more than 800 points on Wednesday, as investors suffered their worst day of the year as new concerns arose over data on global economic growth.

The tumble followed a series of concerning economic indicators from Germany and China, signaling renewed recession fears in the global economy.

The downturn in the markets came a day after the Dow closed up 373 points after the U.S. Trade Representative announced a delay in many of the import taxes imposed by the Trump administration's planned tariffs on Chinese goods.

But new data from China indicated on Wednesday that the country's factory output of goods, retail spending and investment weakened in July.

Other bad news that was apparently fueling the drop in U.S. markets was that Germany's economy shrank 0.1% in the second quarter due to a decline in exports, signaling a recession could be around the corner.

On Aug. 5, the Dow closed down 760 points, or about 3%. The tumble came after China's central bank allowed its currency, the yuan, to fall to its lowest level against the U.S. dollar in more than 10 years.