NORWALK, Calif. (KABC) -- A 17-year-old and two young men accused in the murder of a Downey police officer have pleaded not guilty to charges.

Ricardo "Ricky" Galvez was shot to death on Nov. 18, 2015, in what officials believe was a botched robbery attempt.

The 29-year-old was attacked while sitting in his car in civilian clothes next to the Downey Police Department. He had just returned from a K-9 training session.

Steven Knott, 18, Jeremy Anthony Alvarez, 21, and Abel Diaz, who turned 17 a week after he was charged, were charged with capital murder and attempted second-degree robbery. The murder count includes the special circumstance allegation of murder during the commission of an attempted robbery.

Prosecutors will decide later whether to seek the death penalty against Knott and Alvarez. Diaz is not eligible for the death penalty because of his age. He could face up to life in state prison if convicted of the killing.

The suspects are due back in court Feb. 5. 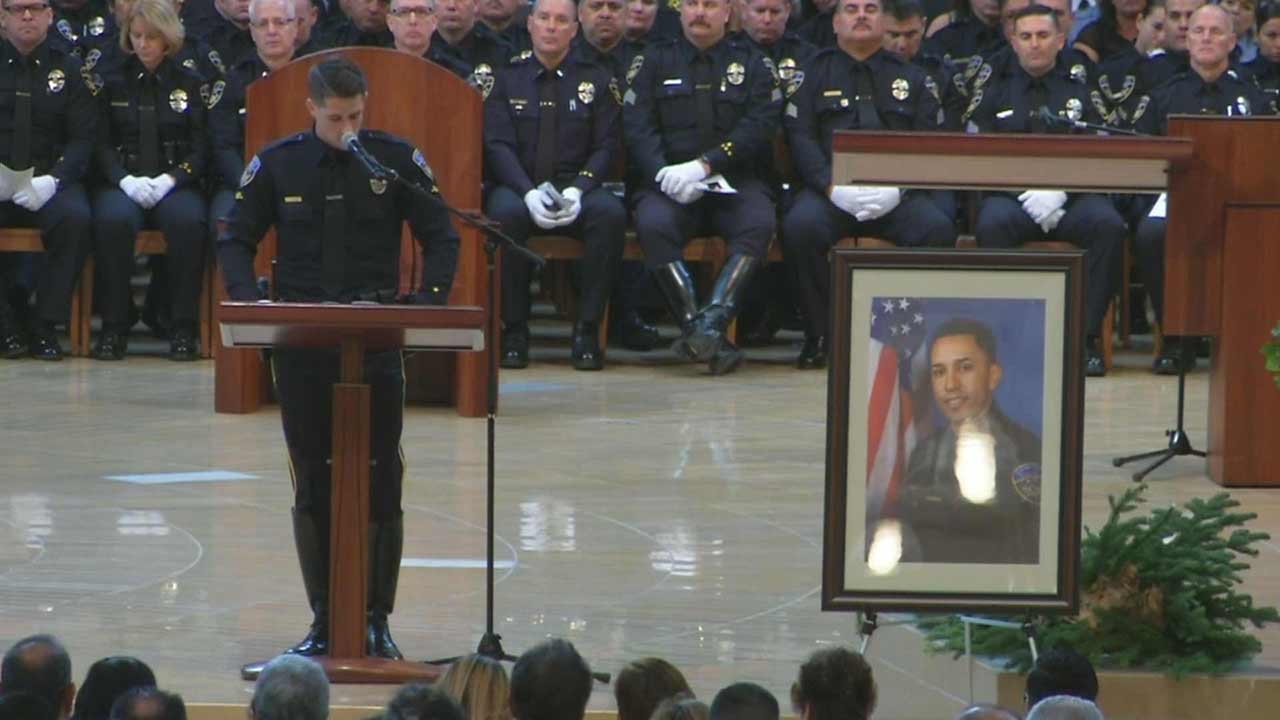