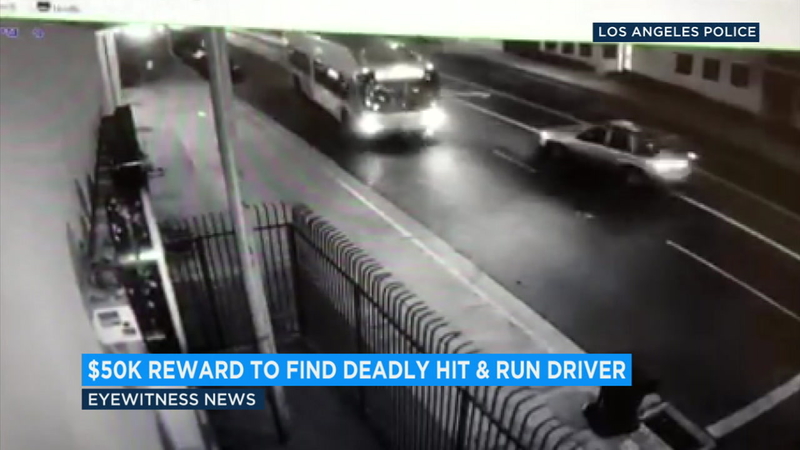 PICO-UNION, LOS ANGELES (KABC) -- A $50,000 reward is being offered to find a driver who hit and killed a 78-year-old man last week near downtown Los Angeles and then fled the scene.

Officials released new surveillance video of the vehicle and the crash which happened at Union Avenue and Third Street on Aug. 10 in the Pico-Union District.

Byung Yu was in a crosswalk when a driver in a gray Chevy Blazer hit him, police say.

That driver slowed down, but then took off.

Yu died, leaving behind his wife and children.

There is no suspect description, but the SUV should be damaged in the front.