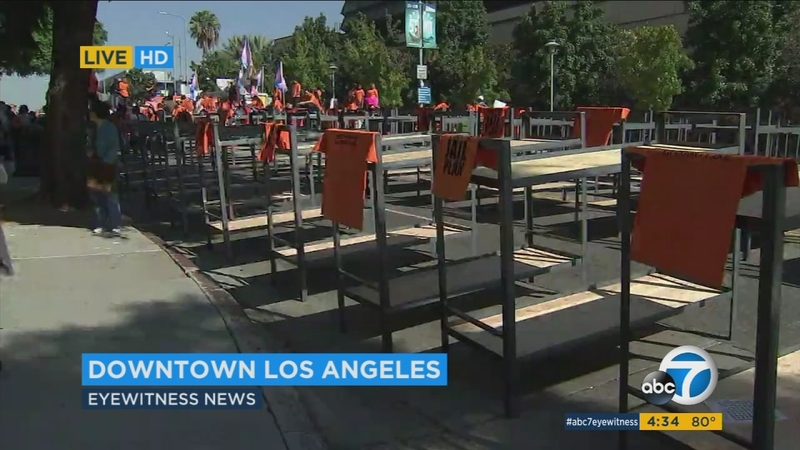 Next to 100 homemade iron and wood beds, protestors hoped the Los Angeles County Board of Supervisors heard their chants.

Activist Patrisse Cullors, with Justice L.A. Coalition and Black Lives Matter, said it's an issue that reaches beyond the county limits.

A new jail with more than 3,800 beds would replace the main men's facility. The vacant Mira Loma Detention Center would be renovated to replace a women's facility. Protestors argue it will increase the jail population, instead of fixing an overcrowding issue.

"Let's not build any more prisons, any more jails. Let's improve whatever we have inside. Let's give individuals a resource so when they do get out they're not faced with, 'I'm unemployed and I have this on my record,'" protester Audrey Pearson said.

L.A. County Supervisors approved the use of $2 billion for jail expansion in 2015. Two years later on this day, the group is seeking a moratorium to stop construction.

"We don't have to use our money toward criminalizing more communities," Cullors said.