It's unclear what prompted the fire and no injuries have been reported.
KABC 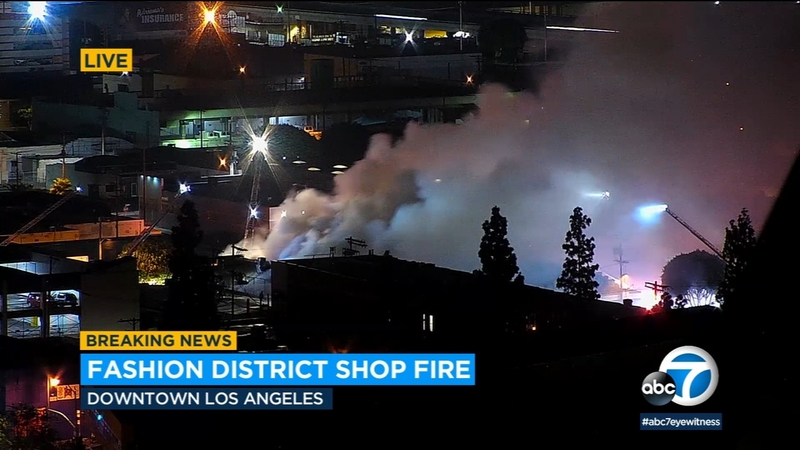 DOWNTOWN LOS ANGELES (KABC) -- More than 100 firefighters put out a large fire at a building in the Fashion District in downtown Los Angeles early Sunday morning.

The fire broke out at a two-story building at 1325 S. Los Angeles St. It's believed to be a shop in the area.

ABC7 cameras captured smoke coming out of the building for at least two hours Sunday morning.

Crews were finally able to get the fire under control and out shortly before 7 a.m.

Firefighters stayed through the morning as they worked to track down smoldering areas while working around debris caused by the partial roof collapse.

It's unclear what prompted the fire and no injuries were reported.