Driver mows down pedestrians in DTLA after woken up from nap 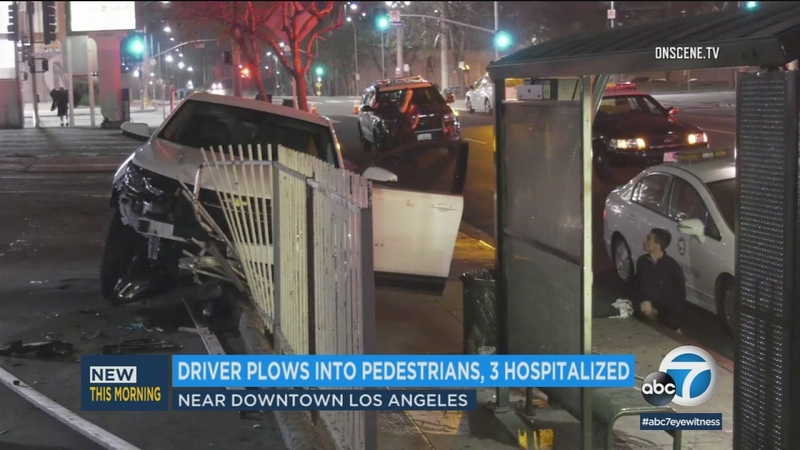 DOWNTOWN LOS ANGELES (KABC) -- A motorist in downtown Los Angeles intentionally mowed down a group of pedestrians because he was apparently mad they woke him up from a nap.

Police say the driver was napping in his rented car early Monday morning near E. Cesar Chavez Avenue and N. Vignes Street when some people asked him for a cigarette.

There was a verbal altercation, and at some point, the suspect intentionally drove into four people - three men and a woman, police said.

The suspect, identified as 33-year-old Ryad Boudghenestambouli, was arrested on suspicion of assault with a deadly weapon. Police said he was not drunk or on drugs. Authorities believe he was in California from France to attend Coachella.