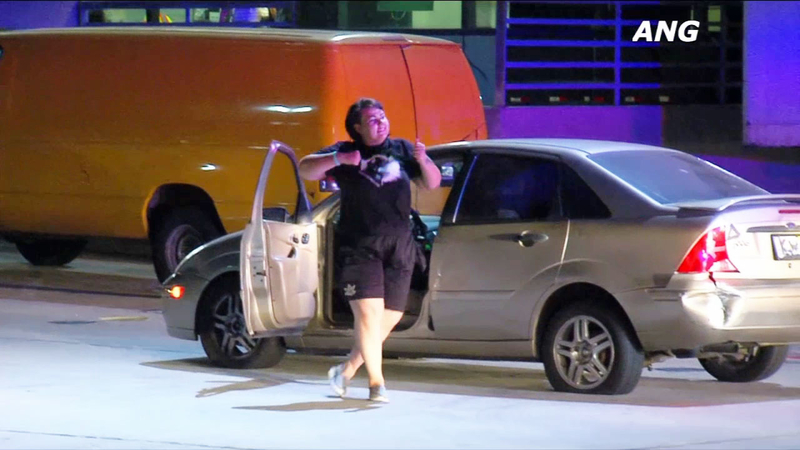 DOWNTOWN LOS ANGELES (KABC) -- A suspected car thief led police on a wild chase in downtown Los Angeles, even getting out of the vehicle and dancing in the middle of the street.

According to Los Angeles police, the suspect was blasting through red lights and weaving in and out of traffic Wednesday night.

The suspect also ran over a spike strip and blew a tire, but that didn't stop her from giving police a run for their money.

At one point, she got out of the car and did a little dance, but then got back inside the vehicle.

A few moments later, officers swarmed the car, pulled her out and took her into custody near the 2000 block of East 8th Street.