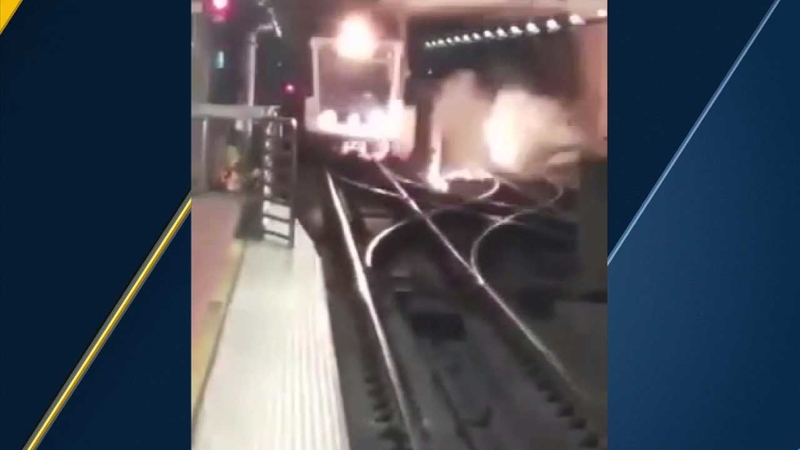 An overnight fire in a major underground Metro transfer station in downtown Los Angeles is disrupting train service for commuters on Thursday.

The fire was reported around 7:30 p.m. Wednesday. Cellphone video from the scene showed firefighters dousing flames and sparks at the Seventh Street Metro station.

The blaze erupted at a signal box on the Blue Line tracks. Two employees were taken to a hospital to be treated for smoke inhalation. No riders were injured.

Los Angeles police said the station was evacuated due to the fire, and all southbound trains were stopped. Buses were brought in to bypass the station.

Metro said service would be limited on the Blue and Expo lines in the area Thursday morning, with buses called into action again. The shuttles will replace service between the Pico and Seventh Street stations.

Riders were advised to allow extra time for their morning commute. Metro said Blue and Expo line trains will run every 10 to 12 minutes on Thursday morning instead of the usual every six minutes during peak hours.

Also, all the trains on the Blue and Expo lines will be three-car trains, which might make things more crowded than usual.