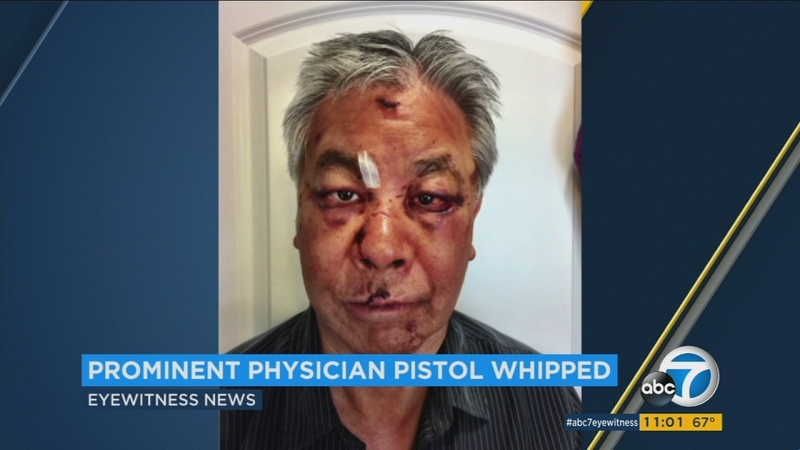 VENICE BEACH, LOS ANGELES (KABC) -- A prominent Beverly Hills doctor was savagely pistol-whipped in Venice on July 23 in what he describes as an attempted robbery.

Dr. Bruce Lee is well known for a procedure that helps treat women with fibroids without major surgery, and he's helped hundreds.

That Saturday night, Lee said as he entered his car, two people came up to his driver's side window and started yelling that he had damaged their bike.

The man and woman then demanded $150, he said. A third person jumped into his car and also demanded money.

One of them took a gun and started beating him in the face, he said. After the beating, bystanders came to his aid.

"I asked for towels for my face because I was bleeding very heavily at that point, and I couldn't see anything," Lee recalled of the aftermath.

He said several people witnessed the attack but refused to stick around to talk to police.

Now Lee and his fiance are hoping surveillance cameras from nearby businesses will help detectives catch the assailants, and they are urging witnesses to come forward with information.