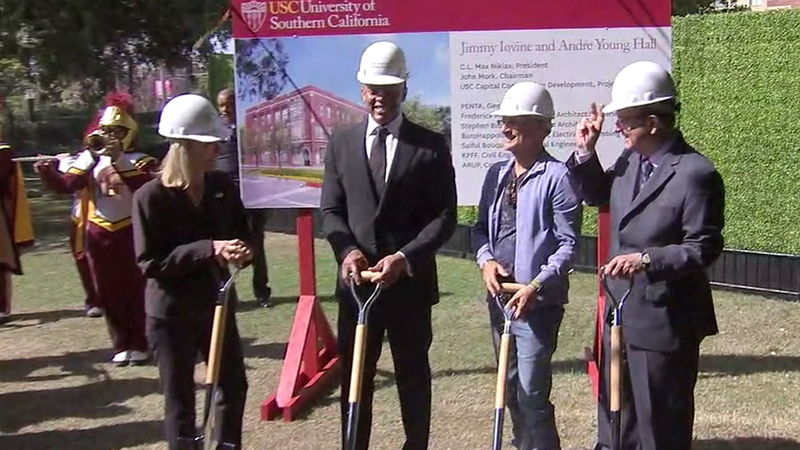 LOS ANGELES -- Music business legends Dr. Dre and Jimmy Iovine broke ground Wednesday for a new academy named for them at the University of Southern California.

The Jimmy Iovine and Andre Young Academy for Arts, Technology and the Business of Innovation will focus on four areas: art and design; engineering and computer science; business and venture management; and communication.

The goal is to offer students an interdisciplinary approach that encourages entrepreneurial spirit while training them in technical and business skills.

"I'm hoping that it will bring to them independence of thought to be able to work in the world between technology and liberal arts," Iovine said.

We promised nothing less than a new paradigm (at the launch of @USCIovineYoung)... today we break ground on the next step. -USC Pres Nikias pic.twitter.com/L4ZLF2v0K6

Dr. Dre, born in Compton as Andre Young, launched his career with the influential 1980s rap group NWA, then became an established solo artist and producer.

In 2008, he launched the Beats by Dr. Dre headphone line. In 2014, Apple bought the brand for $3 billion, making him by some estimates at the time, the richest man in the hip-hop business.

Iovine started as a recording engineer and producer in the 1970s, working with artists such as John Lennon and Bruce Springsteen.