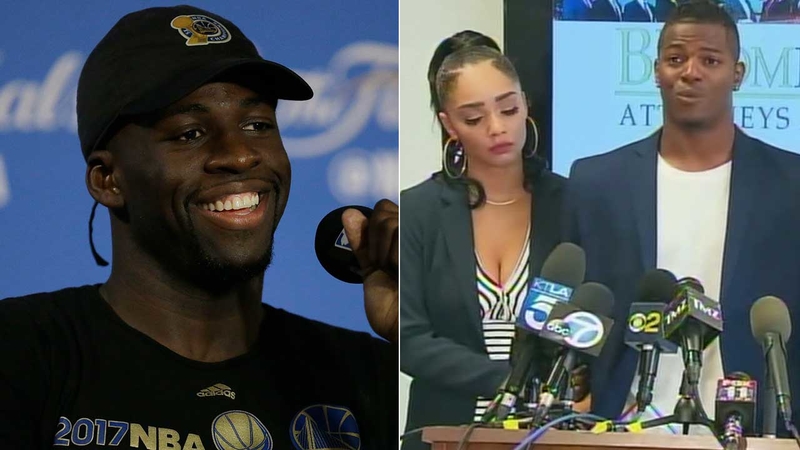 The lawsuit is tied to a series of incidents in 2016 during which Green allegedly attacked a former Michigan State football player after a run-in with the man and his girlfriend.

The plaintiffs bringing the suit are Jermaine Edmondson, 23, and his girlfriend, Bianca Williams, 22. The two and their attorney, Lisa Bloom, held a news conference to relay details of the legal action.

In the lawsuit filed Tuesday morning, the two are accusing Green of physical assault, bullying and misleading information.


Edmondson said on July 9, Green bumped into him at a bar near the MSU campus. Edmondson responded by telling Green he could at least say "excuse me."

That's when Green asked people around him who Edmondson was, "like I wasn't even worthy of talking to him," Edmondson said.

Edmondson said before he could even respond, two men, who were with Green, grabbed him and choked him against a wall.

Williams said one of those men choked her as well.

"The man pushed me back into the wall by my neck. Even after he let go, I couldn't move. I was in shock and I was terrified," she described.

Though shaken up, Edmondson and Williams said they decided not to cancel plans to celebrate Edmondson's birthday. While out to eat the next day, the two saw Green.

"He seemed calm, so we went up to him. I told him that last night didn't have to happen, and that it wasn't cool that Bianca got choked," Edmondson said. "His response was to punch me in the face without any warning or any reason."

Green was arrested and later accepted a plea deal in that case.

Edmondson said even though Green was the one who was arrested, it was Edmondson's name that was "dragged through the mud."

"People made fun of me online and in person. Fans of Draymond, MSU and the Warriors started threatening me, and I no longer felt safe on campus," Edmondson said. "No one stood up for me."

Edmondson, who played football for Michigan State, said this was a low point in his life, and he decided to leave MSU for a while.

In her statement, Williams detailed the same incidents as Edmondson, adding that the impact was especially difficult for her because her biological father abused her mother.

Bloom said it took courage for her clients to come forward.

"Calling out wealthy, arrogant bullies is not easy, but it's important, and that's why we are all here today. And I am very pleased to stand with Mr. Edmondson and Ms. Williams as they bravely stand up for their rights," Bloom said.

Green does not seem too worried about the lawsuit, however, telling ESPN that he is confident things will be resolved soon.