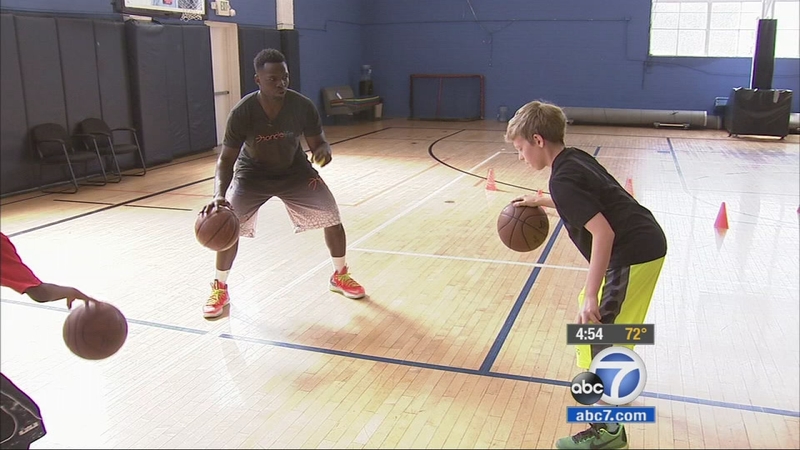 BEVERLY HILLS, Calif. (KABC) -- Johnny Stephene has turned his passion for dribbling into a social media phenomenon and a successful coaching business. He's coveted by some of the biggest stars in the NBA.

Stephene grew up wanting to play in the NBA.

"That was my ultimate dream since I was a little kid," he said.

After playing college ball at Liberty University, he played professionally in Mexico. Then, he developed stress fractures and was told by doctors to rest his body for six months, but he wasn't ready to stop dribbling.

"My rest was if I just stand still and dribble, then I'll be resting," Stephene said.

Every day, he'd go to a gym in Oklahoma and dribble for hours. He then started teaching kids who'd show up at the gym.

"I just was in love with watching the kid 'Handle Life' everyday and coming back to the gym with me and watching them get better," he said.

Those kids were so impressed with Stephene's moves, they started recording videos and posting them to social media.

Well, a lot of kids have told a lot of kids. Stephene is now averaging 2,000 new followers every day, and his account has more than 800,000 total followers.

Every day, he posts what he calls the "move of the day."

"NBA guys started commenting on my Instagram, saying, 'wow, that move of the day is nice!'" Stephene said.

Then, Arenas started talking to his colleagues about Stephene. He has since worked with several NBA players, including Kevin Durant, DeMar DeRozan and Nate Robinson.

He also teaches private amateur clients at places like the JEM Community Center in Beverly Hills.

Stephene is hosting a clinic at Malibu High School on June 20-21. For more information, visit http://www.handlelife.com/clinics.