San Fernando Valley chase ends in use of non-lethal rounds 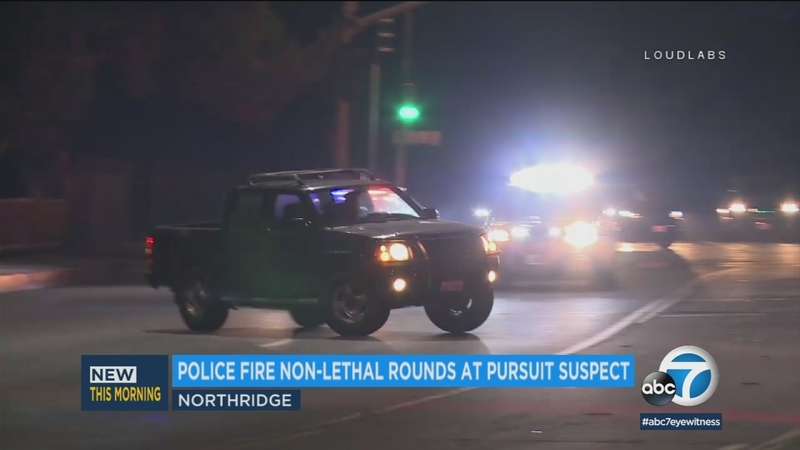 The chase began shortly after midnight in the city of San Fernando with a report of a driver possibly under the influence.

San Fernando police started the chase and then LAPD took over as the driver fled over streets in the Granada Hills and Northridge area. Video shows him doing a U-turn between patrol cars and avoiding spike strips that officers placed on the roadway.

He eventually stopped on Tampa Avenue in Northridge, but refused to get out of the car.

Officers fired non-lethal rounds into the vehicle and were able to take the man into custody.