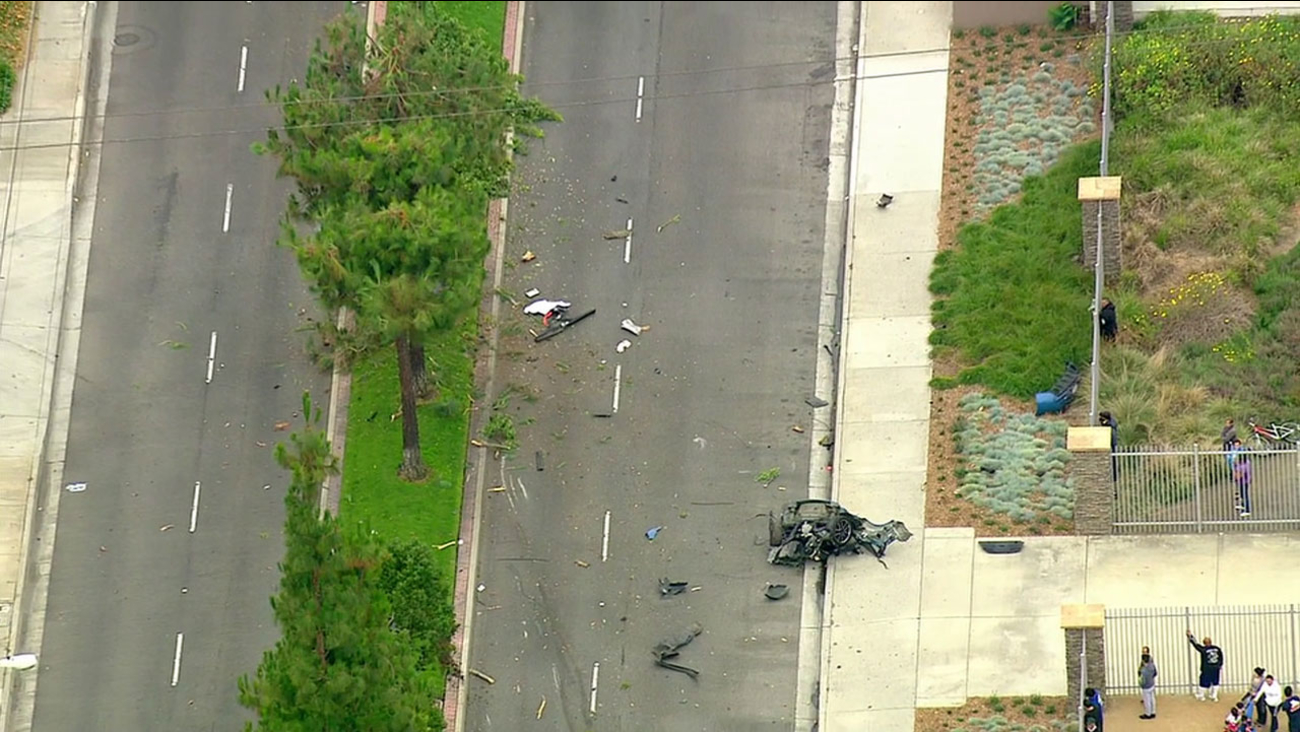 PARAMOUNT, Calif. (KABC) -- One passenger was killed and a driver was booked for vehicular manslaughter after a single-car crash in Paramount early Thursday morning.