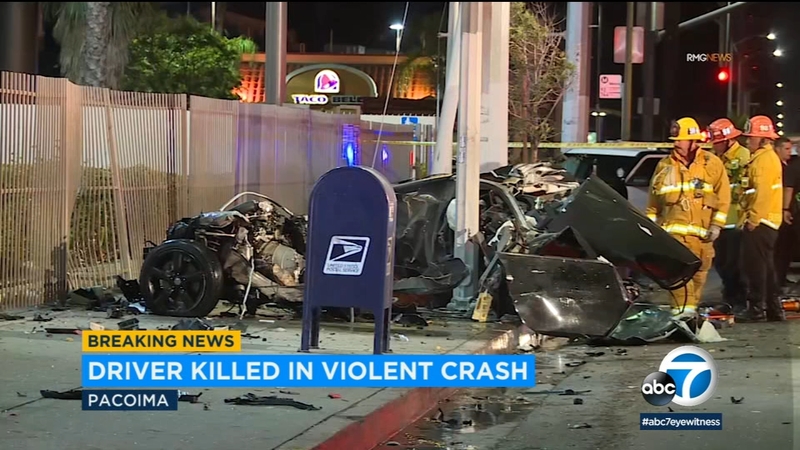 Driver killed, car split in half after crash in Pacoima

The solo-car crash occurred at approximately 1:51 a.m. near the intersection of Glenoaks and Van Nuys boulevards, Los Angeles police said.

Police said the vehicle was going northbound on Glenoaks Boulevard at a high-rate of speed when the driver, a man, lost control and hit a power pole.

The force of the crash split the car in two. Firefighters were at the scene spraying water on the front end of the vehicle that tore off.

The driver was dead at the scene.