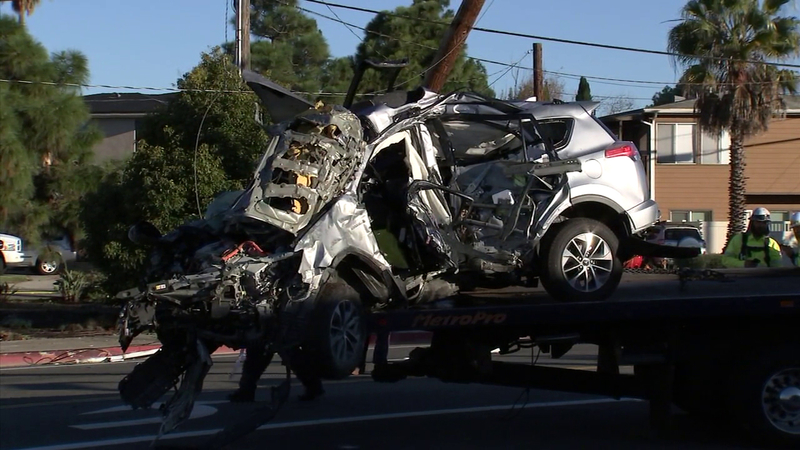 COSTA MESA, Calif. (KABC) -- A driver was killed early Saturday morning in Costa Mesa when his SUV slammed into a utility pole and through a fence, toppling several power lines, authorities said.

The single-vehicle collision was reported shortly before 12:30 a.m. at the intersection of Victoria Place and Pacific Avenue, according to the Costa Mesa Police Department.

"I was lying in bed and I could hear it. I thought, 'Wow, that guy is going fast,'" resident Cody Biggs said. "We hear it all the time, and I knew he was going faster than most people."

The male driver of the Toyota was pronounced dead at the scene, where the vehicle ended up in the courtyard of an apartment building, police said. He was not immediately identified.

"They treated the driver. He was a 36-year-old male and pronounced him dead at the scene," Sgt. Zack Hoferitza said.

The force of the impact severed a 20-foot section of the Southern California Edison pole, which was left dangling over the street. Investigators said speed was believed to have been a factor in the crash.

Edison crews responded to the location and worked to repair the pole and wires.

Authorities said the vehicle has a black box, which should help investigators determine just how fast it was traveling.

The incident was the second deadly collision at the same location within the past several months. On Sept. 15, a car was mangled in a crash that killed that driver. That pole had also been a memorial site for that driver.