KTRK
HOUSTON, Texas -- A winding police chase ended when a driver in a pickup crashed into an innocent driver's vehicle on S. Wayside Drive. The family in the other vehicle included two children, a 2-month-old and an 8-year-old. They were not seriously injured.

The chase started as a traffic stop a little after 5 p.m., when police say the truck, which was stolen, almost hit a city vehicle.

The driver of a brown pickup drove the wrong way into traffic on multiple occasions. The pursuit went on for nearly half an hour, going in circular loops near Telephone Road.

At one point, a driver nearly boxed in the suspect at a gas station before the person in the pickup managed to get away again.

After the pickup collided with the innocent family's Dodge Charger, two people were taken into custody by police.

A mother and 2 children escaped unharmed after chase suspect slams into their car.

Houston police said the driver of the pickup truck had three felony warrants. Two of the warrants were for aggravated assault and the third was for felon in possession of a handgun.

Officers said they also found a handgun on the suspect when he was arrested.

WHY DO THEY RUN? Suspects tell their stories of high speed pursuits
WATCH: Driver in stolen Challenger Hellcat leads authorities on high-speed chase on I-10
EMBED More News Videos

Video of a high-speed chase on the East Freeway 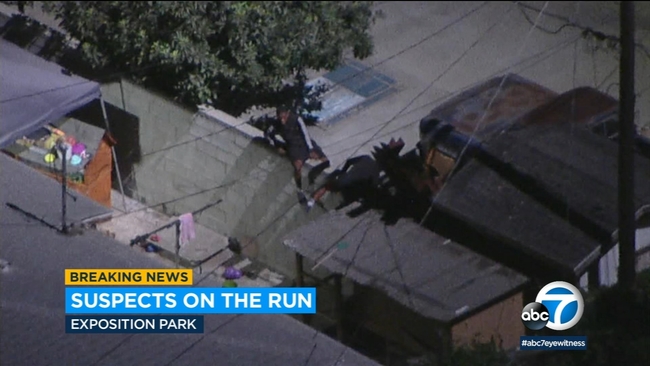 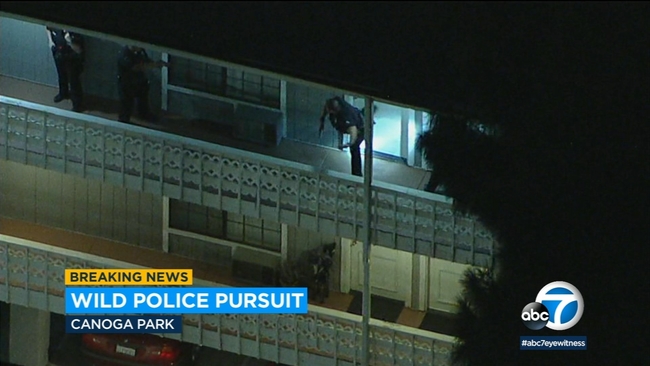 LAPD kicks in door to arrest suspect after chase 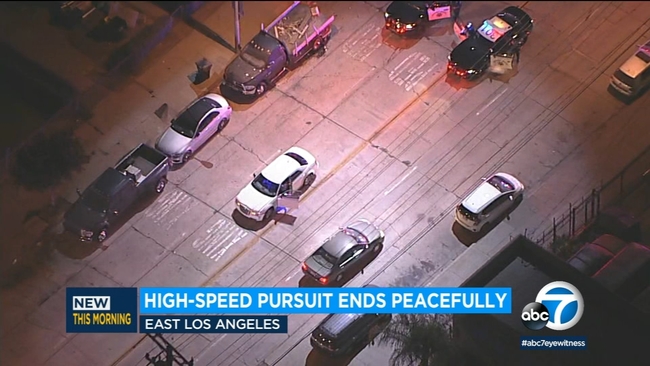