"If the drone had struck the helicopter's main rotor instead of the fuselage, it could have brought the helicopter down," court papers state.
City News Service 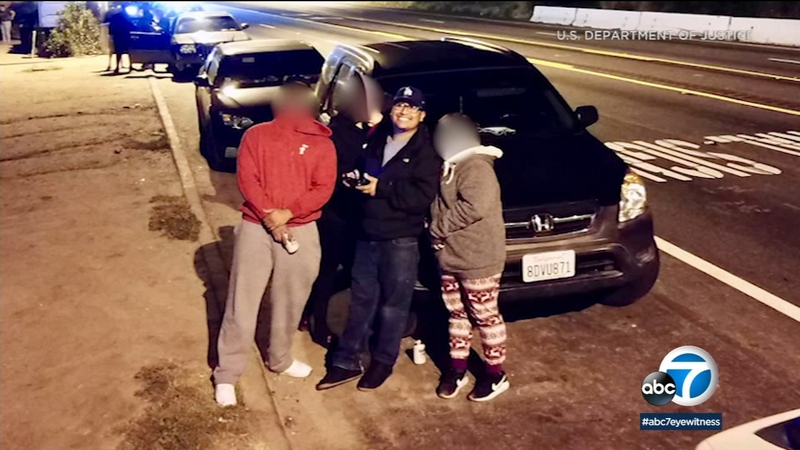 LOS ANGELES (CNS) -- Special agents with the FBI arrested a 22-year-old Hollywood man on Thursday on a federal charge, alleging he recklessly operated a drone that crashed into a Los Angeles Police Department helicopter.

Andrew Rene Hernandez was arrested on a misdemeanor count of unsafe operation of an unmanned aircraft, in what's believed to be the first criminal case in the nation on that allegation. He was expected to make his initial appearance in Los Angeles federal court sometime Thursday, according to the U.S. Attorney's Office.

Hernandez's arrest came during National Drone Safety Awareness Week, which is sponsored by the Federal Aviation Administration and seeks to promote drone safety.

According to the complaint, LAPD officers were dispatched on a burglary call at a pharmacy in Hollywood during the early morning hours of Sept. 18 and requested air support. As an LAPD helicopter approached the pharmacy, the pilot saw the drone and attempted to evade the unmanned aircraft.

AIR7 HD was struck midair by an object, believed to be a drone, while flying over downtown Los Angeles Wednesday night and had to make a precautionary landing.

Despite the evasive efforts, the drone struck the helicopter, forcing the pilot to initiate an emergency landing.

LAPD officers located parts of the drone near the pharmacy and discovered a vehicle damaged by the drone as it fell from the sky. Further investigation, including a review of the drone's camera and SD card, led to the identification of Hernandez as the drone's alleged operator, prosecutors said.

The FBI executed additional search warrants in late October at Hernandez's home. Hernandez admitted to flying the drone on Sept. 18 after he heard police vehicles and an approaching helicopter just after midnight, the complaint alleges. Hernandez said he flew his drone "to see what was going on,'' according to court papers.

As the drone was ascending, Hernandez saw the drone "smacked'' by the hovering police helicopter, and it fell to the ground at a nearby residence, according to the complaint.

The unsafe operation of an unmanned aircraft offense alleged in the complaint is a misdemeanor offense that carries a sentence of up to a year in federal prison, according to the U.S. Attorney's Office.

Multiple government agencies are trying to determine why mysterious drones have been spotted flying over parts of rural Colorado and Nebraska.