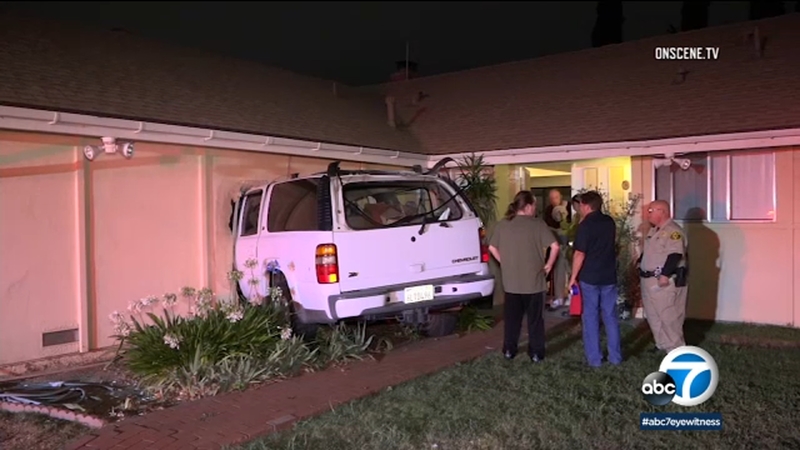 LAKE FOREST, Calif. (KABC) -- An alleged drunk driver clad in a Budweiser shirt was involved in not one, but two incidents Saturday night.

Police were called to a rollover crash on the 5 Freeway around 10 p.m. but when they arrived, they found nothing.

A few minutes later, the same driver barreled through a front yard and into the garage of a home in Lake Forest.