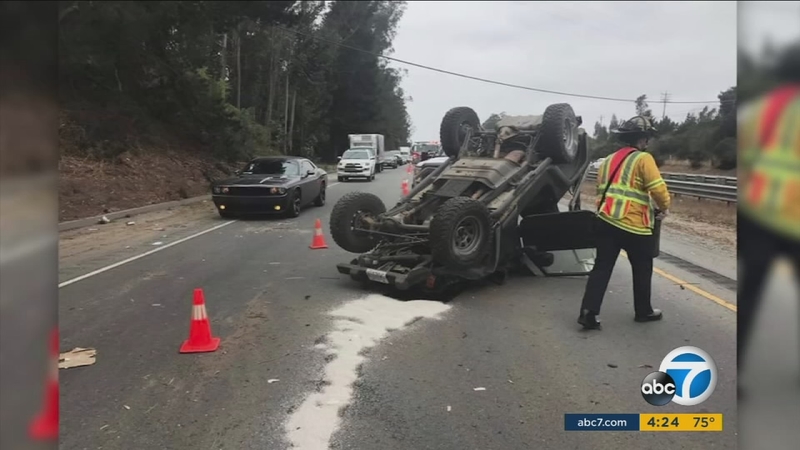 SANTA CRUZ, Calif. (KABC) -- In an incident tinged with irony, a suspected DUI driver's vehicle overturned after he slammed into a roadside sign in Santa Cruz that read "REPORT DRUNK DRIVERS, CALL 911."

The crash, which occurred on Highway 1, left the man injured. Police said the motorist might not have survived had he not been wearing his seat belt.