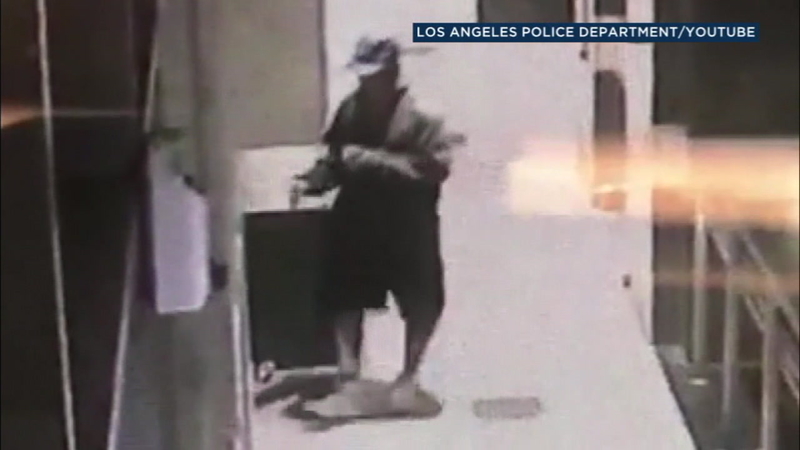 LOS ANGELES (KABC) -- Two homeless men who were viciously beaten with a baseball bat as they slept in downtown LA have died days after the attacks, officials said.

Authorities are trying to determine whether those incidents are connected to the death of another homeless man whose body was found under the Santa Monica Pier on Thursday after he died under similar circumstances.

Los Angeles police are still looking for the suspect who brutally beat three homeless men as they slept Sunday around 4:30 a.m.

The attacks initially left all three unconscious and in critical condition. Now two have died and the third remains clinging to life, police said.

Police say the suspect approached sleeping homeless men and beat them repeatedly on the head and shoulders with a baseball bat, then ransacked their pockets and belongings to rob them.

One of the victims was found unconscious in the 700 block of Wilshire Boulevard and two of them were found in the area of 5th Street between Flower and Figueroa.

The LAPD is looking for a suspect who beat three sleeping homeless men with a bat, leaving them in critical condition.

The suspect is also believed to be homeless, based on his appearance and surveillance video that shows him rummaging through trash as he walked around the area.

The suspect was described as a man in his 30s or 40s with medium height and build, dark bushy hair, wearing a blue hat, gray sweatshirt, black shorts and bright white tennis shoes. One of his more distinctive traits is a unique gait caused by outwardly bowed legs, police said.

It is still not known if the incident in downtown LA is related to three similar cases involving homeless victims in Santa Monica, one of whom died of blunt-force trauma.

"We have not necessarily linked it to the incidents that have happened in the downtown L.A. area," Santa Monica police Lt. Saul Rodriguez said. "But there are some similarities and we are working closely with LAPD to see if there's any way we can locate a possible suspect."

Anyone with information is asked to contact LAPD Robbery-Homicide Division Detectives Daryn Dupree, David Holmes or Laura Evens at (213) 486-6860. Anonymous tips can be provided to LA Crime Stoppers at (800) 222-TIPS.

Information about the Santa Monica incidents can be reported to that city's Police Department at (310) 458-8491.