A large fire broke out inside a commercial building in downtown L.A., prompting a response from more than 100 firefighters as conditions quickly became precarious.
KABC
By ABC7.com staff 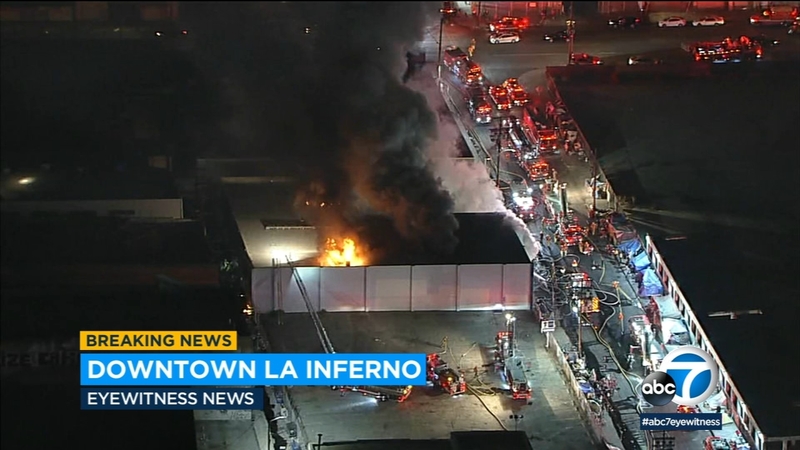 The blaze was reported just after 8 p.m. on the 800 block of S. San Julian Street, according to the Los Angeles Fire Department. Fire crews made their way inside the building but could not locate the fire, leading authorities to believe that the fire was located on a possible mezzanine level.

All firefighters were pulled out of the building and off the roof due to "deteriorating conditions," the department said.

One firefighter was transported in fair condition after suffering a heat-related illness. The firefighter returned to full duty a short while later.

As many as 109 firefighters extinguished the fire in two hours and nine minutes, LAFD said.