Disney's animated series "DuckTales" is coming to an end Monday with an epic 90-minute series finale.
OTRC
By Andrea Lans 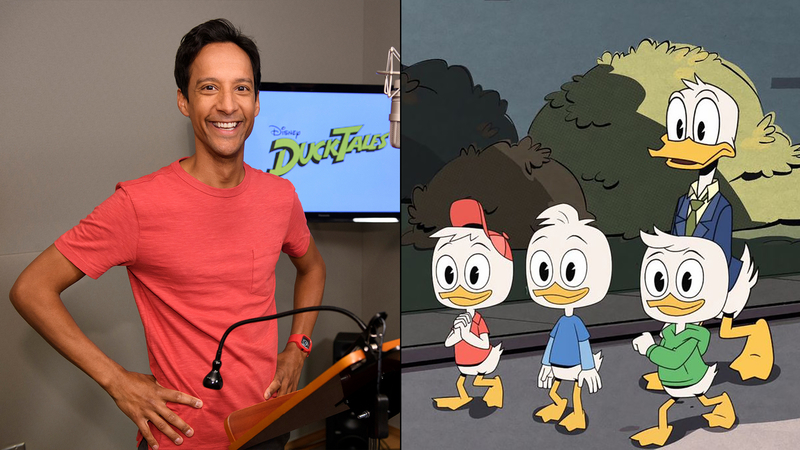 Disney's critically acclaimed animated series "DuckTales" is coming to an end with a 90-minute finale on Monday. Actor Danny Pudi is excited to be along for the ride, especially on a show he loved growing up.

Based on the Emmy-winning series, "DuckTales" chronicles the high-flying adventures of Duckburg's most famous trillionaire, Scrooge McDuck, and his family. While he couldn't reveal much, Pudi teased that audiences will feel "fulfilled" by the end of this three-season journey.

"It's wonderful for kids, but there's this element of this family sitcom within it too and there's a lot of really great humor," Pudi said of the series.

As a parent of two kids, Pudi can relate to having one show on a loop in his household and he hears the same from his friends.

"I get a lot of, 'Thanks a lot,' with pictures of a kid plastered in front of a TV," Pudi admitted. "I'm like, 'You're welcome? Am I babysitting?'"

Disney XD is encouraging the binge-watching behavior -- the 90-minute "DuckTales" finale will encore nonstop for 24 hours following its premiere.

Fans of the show won't have to say goodbye to their favorite "DuckTales" characters just yet. "This Duckburg Life," an original scripted podcast hosted by Huey (Pudi), will highlight riveting stories from Duckburg. Plus, members of the voice cast will reprise their roles for the seven-part family-friendly podcast.