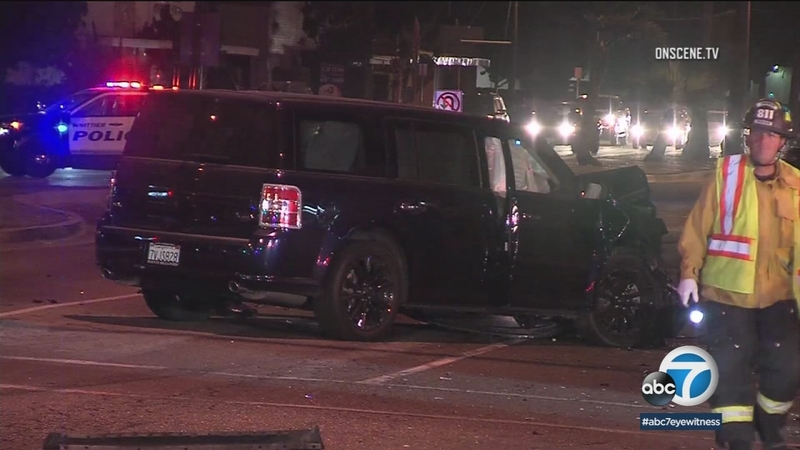 SANTA FE SPRINGS, Calif. (KABC) -- A car crash in Santa Fe Springs killed a 12-year-old boy and his father is in police custody, suspected of DUI.

The crash happened just before 6 p.m. Monday near the intersection of Slauson and Dice.

Officers said the father's Ford Explorer was driving westbound on Slauson when he made a left turn at Dice and was struck by another SUV that had the right-of-way.

The Explorer spun around several times and his son was ejected. It was unclear if he was wearing a seat belt.

Witnesses performed CPR on the boy at the scene, but he eventually died at the hospital.

The father was identified as Jesus Tamayo, 45, of Bell Gardens.