A child who was killed in a crash after being ejected from a car driven by his dad in Santa Fe Springs was identified as a 12-year-old Bell Gardens boy.

SANTA FE SPRINGS, Calif. (KABC) -- A child who was killed in a crash after being ejected from a car driven by his dad in Santa Fe Springs has been identified as a 12-year-old Bell Gardens boy.

The boy was identified by family members as Jesus Tamayo Jr.

Jesus, the youngest of four, was killed in a car crash Monday evening near the intersection of Slauson Avenue and Dice Road.

Police said Jesus' father, also named Jesus Tamayo, was driving his Ford Explorer westbound on Slauson when he made a left turn at Dice and was struck by another SUV that had the right-of-way.

The 12-year-old was ejected from the Explorer upon impact. He was rushed to the hospital, where he later died.

"Monday night, they were going towards Santa Fe Springs to pick up my mom from work, and this just happened. I got a call from my dad telling me he had got in a car accident and I was devastated," Andrew Tamayo said.

The Whittier Police Department is handling the investigation. Authorities said the elder Tamayo was arrested on suspicion of driving under the influence and possession of a controlled substance.

He is expected to face charges of manslaughter, possession of a controlled substance and child endangerment.

Andrew Tamayo did not want to talk to Eyewitness News about the circumstances surrounding the accident.

"I just want to go to sleep, wake up and none of this to be here," he said.

The family has set up a GoFundMe page to help pay for Jesus Jr.'s funeral. To donate, visit https://www.gofundme.com/funeral-costs-for-jesus-tamayo.

"He was in AP classes, and he was getting into sports like volleyball. He was a smart kid," Andrew Tamayo said.

The family says they'll host a prayer vigil for Jesus Jr. Thursday at 5 p.m. at the scene of the crash in Santa Fe Springs. 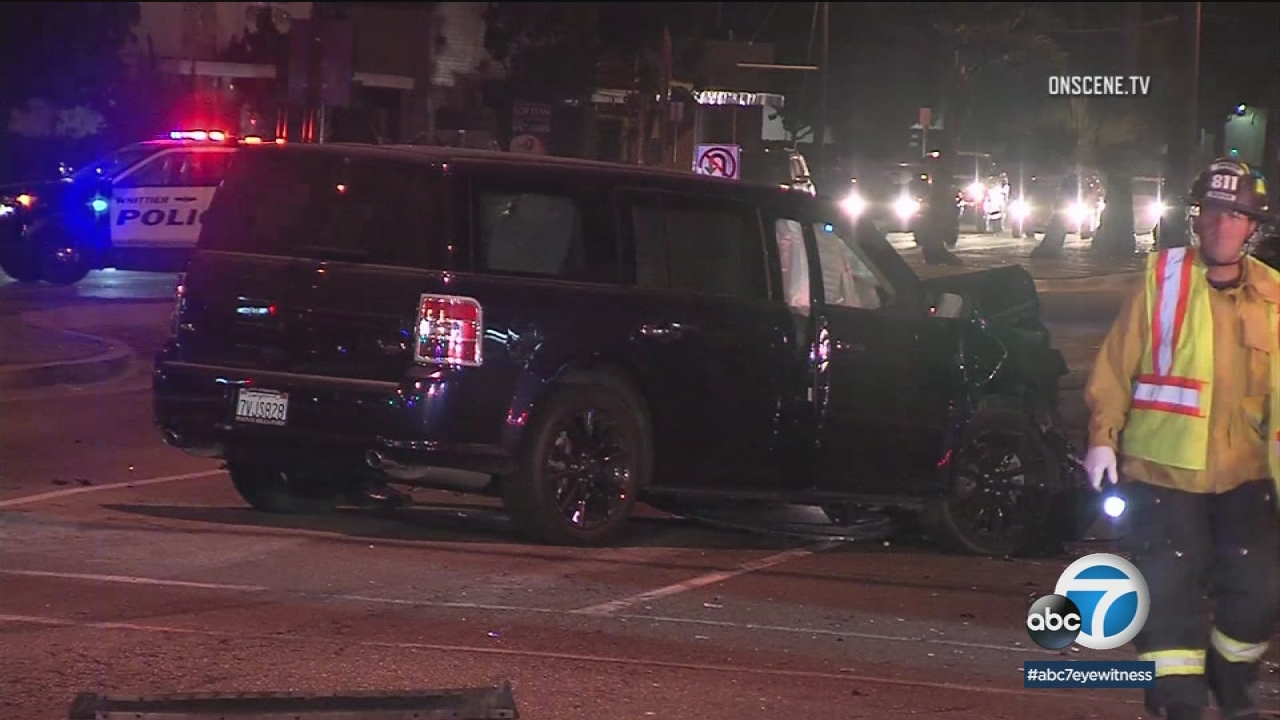