Stergios A. Economos, 37, was sentenced to 10 years in prison for a DUI crash that killed a woman in Burbank, officials announced.

LOS ANGELES (KABC) -- A 37-year-old man was sentenced to 10 years in prison for a DUI crash that killed a woman as she was walking to work at Disney in Burbank, officials announced.

Stergios Antonios Economos of Burbank ran a red light on Sept. 7, 2017 and struck and killed Michelle Ann Landes, 64, at a crosswalk near Alameda Avenue and Lincoln Street, according to the Los Angeles County District Attorney's Office. The collision happened around 9 a.m. outside a gate on the Walt Disney Co. lot.

His vehicle careened into three other vehicles after striking Landes. She was transported to a local hospital and pronounced dead there.

He entered a no contest plea on Feb. 26 to one count each of gross vehicular manslaughter while intoxicated and driving under the influence of a drug causing injury. He entered an open plea, meaning there was no sentence negotiated with the DA's Office. 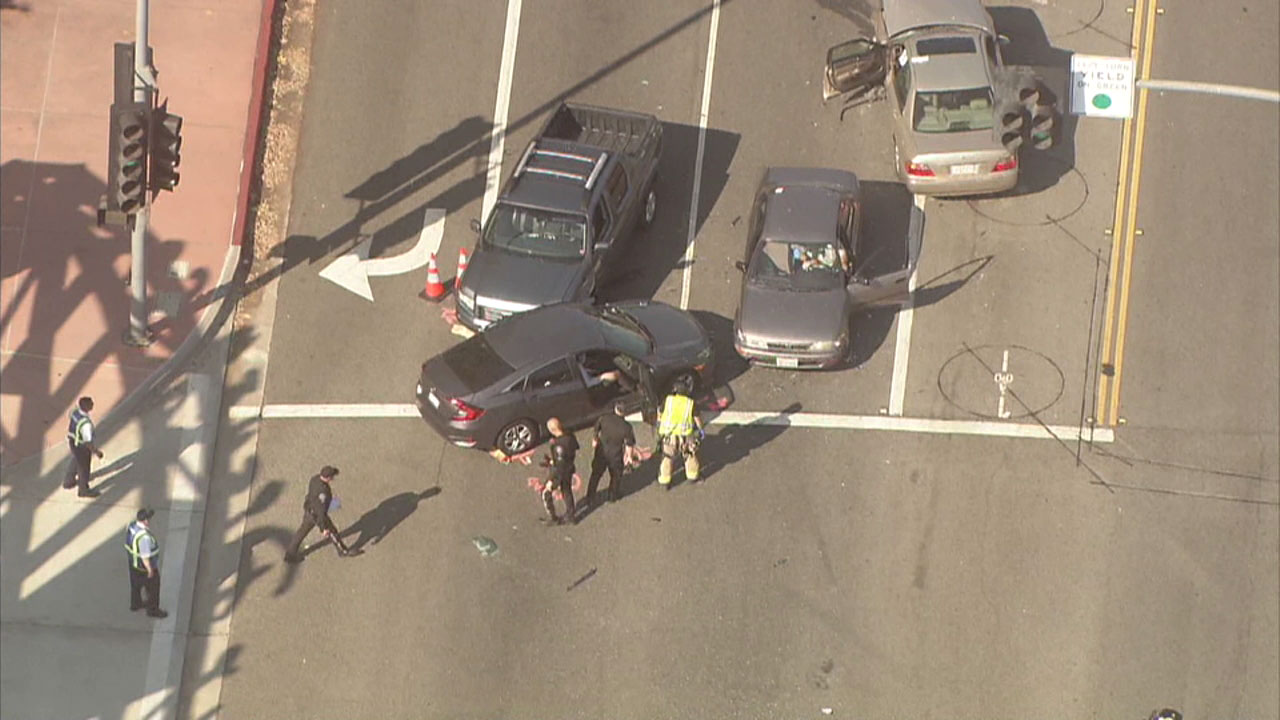